Roughly 500 Maryland National Guard soldiers and airmen were called to Baltimore today, with an additional 1,500 expected to arrive... 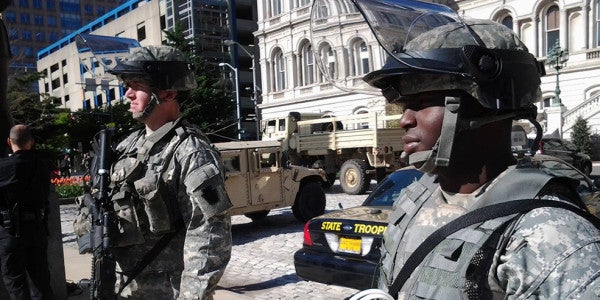 Roughly 500 Maryland National Guard soldiers and airmen were called to Baltimore today, with an additional 1,500 expected to arrive by the day’s end, after Maryland Gov. Larry Hogan declared a state of emergency. This comes after Monday’s riot over the mysterious death of Freddie Gray, who died of a severe spinal injury he suffered while in police custody — and during a time of national debate over police use of force.