An effort to review how well the military honors valor is in its final phase, with current Secretary of Defense... 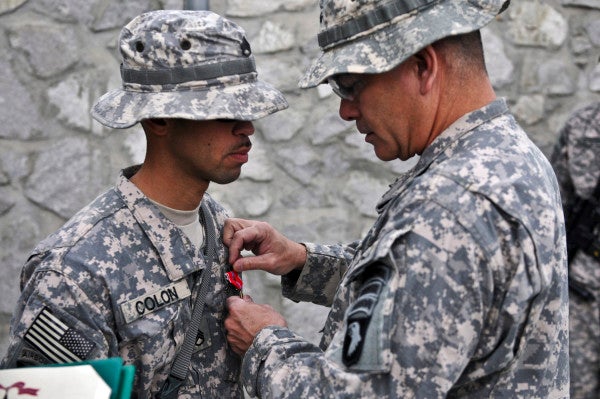 An effort to review how well the military honors valor is in its final phase, with current Secretary of Defense Ashton Carter expected to receive the results shortly. The broad review was prompted after a plan to introduce the Distinguished Warfare Medal was scrapped. The medal would have honored service members flying drones in combat, and would be ranked higher than a Purple Heart or a Bronze Star with “V.”

The review comes after years of criticism that the military does not properly acknowledge or reward heroism within its ranks and is meant to determine if different service members who perform similar acts of valor are recognized the same. The review will also attempt to discern whether or not the awards process motivates others to perform heroically, and to consider how drone operators should be recognized. How the award process has changed since the wars in Iraq and Afghanistan began is also being assessed.