Combat valor awards are often given to service members months or years after the action is carried out, as nominations... 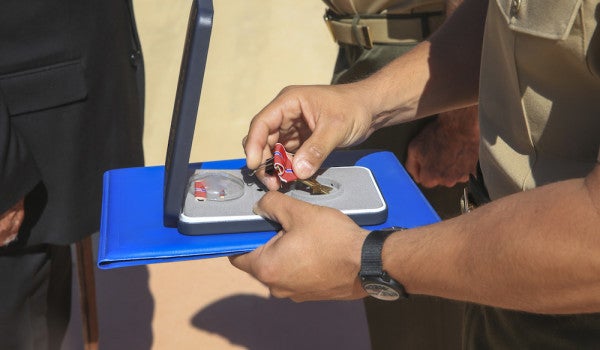 Combat valor awards are often given to service members months or years after the action is carried out, as nominations stall within the Pentagon’s bureaucracy, but Defense Secretary Jim Mattis believes this is unacceptable. And it turns out that one of his first initiatives in taking office was to change that.

In a memo provided to Military Times dated Feb. 28, Mattis addressed each branch secretary, writing, “The demands and sacrifices of military service on the Soldiers, Sailors, Airmen, and Marines under our charge are significant. I know you share my commitment to ensuring appropriate and timely recognition of their service, particularly for acts of valor.”

Now, all valor award nominations, even those being considered for the Medal of Honor, must be addressed within 10 days at each tier of the approval process, according to Military Times.

Essentially, now even a Medal of Honor nomination should reach an admiral or a general within a month, while other combat valor awards take even less time.

Defense officials said this policy is a result of Mattis’ 44 years as a Marine. His desire to give combat valor awards in a timely manner stems from his hope to do right by the service members who show extraordinary courage in the face of danger.

“Your plan will include a description of your existing process, the timeline for implementing these changes, challenges associated with such accelerated processing, your mitigation strategy for addressing these challenges and recommendations for any changes to Department policy that would enhance your ability to achieve this processing requirement,” the memo concludes.

And, according to Military Times, some of the branches have already begun to speed up their awards processes.