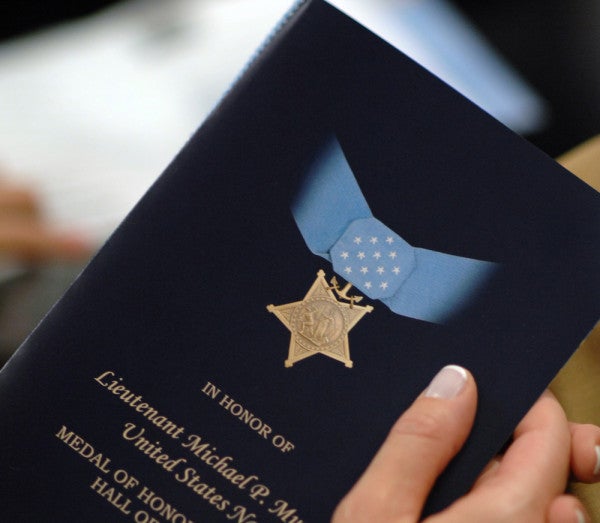 The 2014 order, which came from an examination of the way the military acknowledges heroism in post-9/11 combat, was originally intended to reflect changes in fighting, including the use of drones.

Results of the review were signed Jan. 7 by current Defense Secretary Ash Carter.

The military plans to review more than 1,100 commendations for heroism in Iraq and Afghanistan for upgrade to Medal of Honor.

Related: The DoD will review 1,100 Post-9/11 valor awards for possible upgrades to MOH.

In addition, the Pentagon plans to change the way it recognizes service in a combat zone by altering the criteria for awarding the Bronze Star, and adding a new “C” device that can be fixed to other traditionally noncombat awards.

According to Military Times, under the new rules, all “V” devices will be recognition for a specific act of valor in a specific situation, while the “C” will mark that other awards were received for high performance over time in a combat environment.

Peter Cook, the Pentagon press secretary, told reporters on Jan. 7 that he did not know how many awards would be affected by the review. However, he added that the “sheer number” of commendations indicates the potential for some to be changed. The reviews by secretaries of each service branch are due Sept. 30, 2017, USA Today wrote.

In a memo, Navy Secretary Ray Mabus voiced his opinion that this review was unnecessary.

He wrote, “Abandonment of our long held standards for reconsideration of award decisions would also undermine the finality of decisions by commanders and senior leaders, and clear the way for an endless cycle of appeals of any award decision.”

According to Matthew Allen, a Department of Defense spokesman, the review of Service Cross and Silver Star nominations for post-9/11 will not change the award criteria for those medals, or the Medal of Honor.

“All awards going forward will continue to be evaluated against the same time-tested statutory award criteria, which was also used to evaluate pre-9/11 awards,” wrote Allen, in an email to Task & Purpose. “This review in no way diminishes the prestige or legacy of the valor medals awarded to pre-9/11 veterans.”

Allen also noted that there will be no difference between “pre and post 9/11 Medal of Honor recipients, as all must have met the same statutory Medal of Honor award criteria.”

James Clark contributed to this reporting.

UPDATE: Additional information from Matthew Allen was added to this article after publication. (1/8/16; 4:27)