Trump Makes Time For Kanye West, But Not Veterans Groups

Rapper and fashion designer Kanye West was seen entering Trump Tower in New York City on Dec. 13 for a... 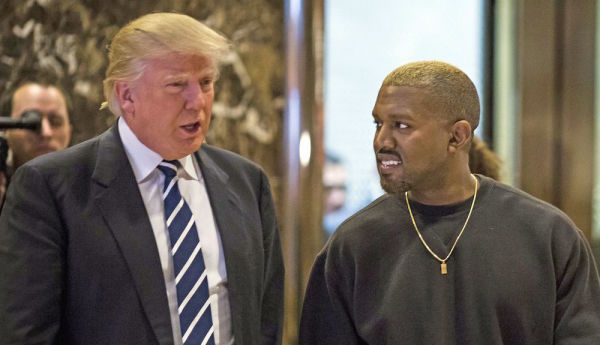 Rapper and fashion designer Kanye West was seen entering Trump Tower in New York City on Dec. 13 for a meeting with President-elect Donald Trump. After a 15-minute encounter, the pair posed for a photo and West went on his way while Trump wished him well. The reason for the visit is unclear, and they did not take questions from reporters.

Meanwhile, Trump has yet to indicate who he intends to nominate as his Veterans Affairs secretary or take the time to personally meet with any veteran service organizations since he was elected.

Regarding his campaign promise to overhaul the VA, Trump instead passed the VSOs off to his transition team, which held a “listening session” on Dec. 1. In all, more than 30 veterans groups attended the meeting at the headquarters of the American Legion in Washington, D.C., and no conclusive plans have resulted.

Paul Rieckhoff, the executive director of Iraq and Afghanistan Veterans of America, took to Twitter to voice his concern about Trump’s lack of attention to veterans issues.

Wow. Time for Kanye. But still, a month after the election, and no time for a single leader from a national veterans service organization? https://t.co/z921uneK8e

He’s not the only one. Veterans across the country are waiting for news about who might fill the role of VA secretary once Trump takes office. Rumors continue to circulate about the possible nomination of former Alaska Gov. Sarah Palin, former Massachusetts Sen. Scott Brown, and Pete Hegseth, who was, until recently, the chief executive of Concerned Veterans for America, a group funded by the Koch brothers.

“If Trump picks Hegseth, it’s going to be war,” Rieckhoff recently told the New York Times. “He would be a radical departure from what the V.A. has been for generations.”

Those involved with veterans organizations seemingly don’t want to see a Trump nominee at all. Thus far, leaders of the American Legion, Disabled American Veterans, Veterans of Foreign Wars, Vietnam Veterans of America and Amvets told Trump’s transition team that they would not support any of the candidates that have been mentioned. They would rather see current VA Secretary Robert McDonald retain the post.

“We all want McDonald,” said Joe Chenelly, the executive director of Amvets. “He has a good business mind, he is experienced and we feel we can trust him.”