Representatives from 13 of America’s largest veterans service organizations attended their first big meeting at the White House Tuesday to... 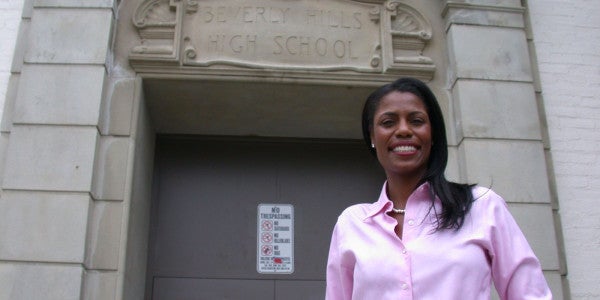 Representatives from 13 of America’s largest veterans service organizations attended their first big meeting at the White House Tuesday to discuss issues in the vets’ community, but instead of speaking with President Donald Trump, they were greeted by former “Apprentice” star Omarosa Manigault as a senior administration representative… for a second time.

“I won’t say anyone told us we were meeting with the president, but it was implied that we would be able to voice our concerns to the boss, the guy who ultimately runs everything, which is the president,” Joe Chenelly, executive director of AMVETS, told The Daily Beast.

Military Times reported that the American Legion, VFW, and Disabled American Veterans have all complained to Congress in recent weeks about their inability to secure a sit-down with the commander-in-chief.

The Tuesday meeting, attended by reps from the Legion, VFW, DAV, Vietnam Veterans of America, AMVETS, Paralyzed Veterans of America and seven other groups, was the second time Team Trump sent Omarosa to take point on veterans’ issues. In December, the “Apprentice” alum headed a listening session with vet leaders; while well-received by some, her presence at that meeting unsettled others, the Beast reports:

Several described their surprise at that meeting to see that Omarosa was not only present at the meeting, but appeared to be the most senior transition staff member attending, despite having no experience with either the VA or healthcare. Omarosa explained her qualifications by saying that she had once been a lieutenant chaplain with the California State Military Reserve.

“When Omarosa was introduced the room collectively gasped,” said one attendee, who asked to remain anonymous to avoid conflict with the White House. “There were people there missing limbs and she was once a chaplain with the militia.”

By contrast, Tuesday’s White House meeting was friendly and productive — newly installed and highly respected VA Secretary David Shulkin was also in attendance — but the groups say they’re still waiting for the president to engage them on vets’ affairs, which Trump made a signature issue in his bid for the Oval Office.

“President Trump ran a campaign on helping veterans,” Verna Jones, executive director of the American Legion, told Military Times after the meeting. “When you look at who he has met with since winning, he has to make sure to make veterans a priority still.”

Meanwhile on Tuesday, Trump dropped in on a gaggle of White House tourists and met with a group of Boy Scouts, some of whom may be veterans, eventually.