The Department of Defense announced Monday that the Secretary of the U.S. Army, John McHugh, will step down by November.... 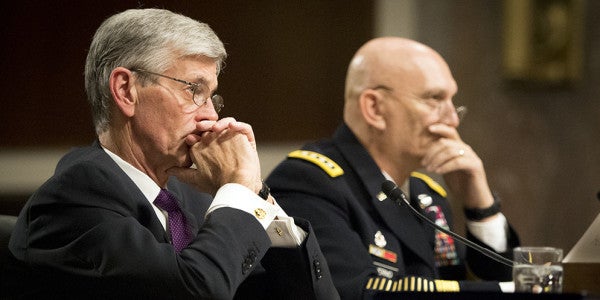 The Department of Defense announced Monday that the Secretary of the U.S. Army, John McHugh, will step down by November. The Pentagon released a statement saying that McHugh’s departure was voluntary.

McHugh has served as secretary of the Army since 2009, overseeing a massive downsizing of the nation’s largest branch as soldiers came home from the wars in Iraq and Afghanistan. Unlike those who held the post during times of increased wartime budgets, McHugh had to manage the service during an era where force sizes were being reduced, and budgets cut accordingly.