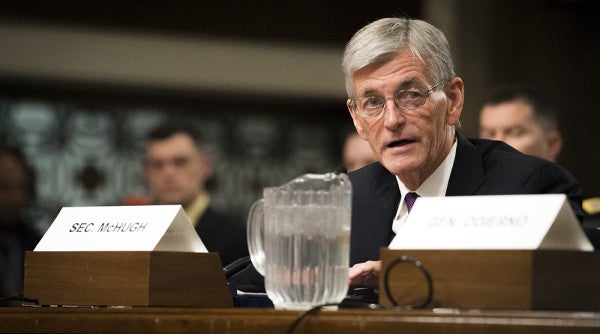 Army Secretary John McHugh has allowed Sgt. 1st Class Charles Martland — the Green Beret being discharged for beating an alleged Afghan child rapist — a 60-day reprieve to file an appeal with the Army Board for the Correction of Military Records. The decision was made out of respect for House Armed Services Committee chairman Rep. Mac Thornberry, who wrote a letter to McHugh.

The note contained concerns regarding procedural errors in due process in Martland’s case. In a conversation with McHugh on Oct. 6, Thornberry added that Martland was allowed to remain in uniform for four years after the charge, with the Army only selecting him for involuntary separation when it began downsizing.

“This is the unfortunate by-product of indiscriminate cuts to our military,” Thornberry wrote.