In Special Operations Community, Service Rivalry Stops On The Battlefield

A Former Navy SEAL and CIA service officer writes about the nature how inter-service competition stops once the mission starts.... 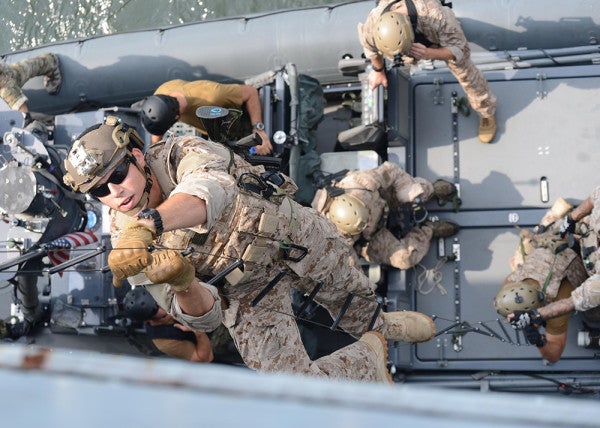 A Former Navy SEAL and CIA service officer writes about the nature how inter-service competition stops once the mission starts.

However, these rivalries, which sometimes devolve into mudslinging and occasional brawls, always stop when the shit hits the fan.

“But will Rangers march miles through the mountains of eastern Afghanistan to rescue a gravely wounded Navy SEAL? Will a CIA paramilitary unit respond instantly to a troops-in-contact call from a nearby Special Forces A-team? Will a SEAL officer detailed to a British SAS platoon risk life and limb to recover the body of a mortally wounded CIA ground branch officer in the middle of a firefight? You’re damn right they will.”