The Senate Appropriations Committee recently included a provision in a bill funding construction and veteran medical benefits, allowing Department of... 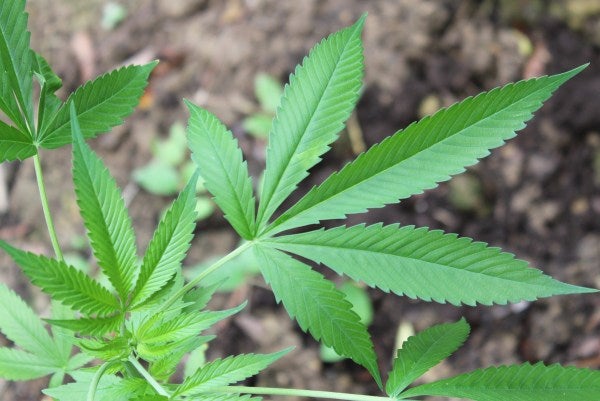 The Senate Appropriations Committee recently included a provision in a bill funding construction and veteran medical benefits, allowing Department of Veterans Affairs doctors to recommend medical marijuana to their patients for post-traumatic stress disorder and other medical conditions. During the May 21 hearing, Sen. Jeff Merkley, a Democrat from Oregon, said that veterans are currently forced to seek private medical appointments to discuss medical marijuana outside the VA system, which is “an enormous inconvenience to our veterans.”

Under current regulations, VA doctors are prohibited from making recommendations or offering their medical opinions to patients about the use of medical marijuana. The recent Senate provision would allow VA physicians to recommend it, but not to write a prescription.

To be clear, currently, no doctors — whether private sector or government — can write prescriptions for medical marijuana, even in states that have passed laws legalizing it. This is a common misconception. Doctors can only “recommend” the medical use of marijuana.

All drugs in the United States are regulated by the federal government under the Controlled Substances Act, which categorizes these drugs, or substances, into five “schedules.” Schedule I substances — such as heroin and marijuana — are subject to the most stringent restrictions. Schedule II through V drugs may be prescribed by a physician. A physician must obtain a DEA registration in order to prescribe any controlled substances. State laws have no impact on the requirements for a DEA registration, nor do these state laws change the categorization of any drugs in the CSA schedule.

Even after the “legalization” of marijuana in Colorado and Washington, it remains a Schedule I substance under the CSA, which means it has “no currently accepted medical use in the United States.” Physicians are prohibited from prescribing Schedule I substances, which includes marijuana, even for medical use. Thus, no physician, in any state, is issuing a legal prescription for medical marijuana. They may be recommending its use, but that does not provide the patient with the legal defense provided by a prescription.

Even with this change to potential VA policy, veterans will be stuck with the “inconvenience” of not being provided clear guidance about the legality of acting on the recommendation of their VA doctor to use medical marijuana.

Opining on the medical benefits of marijuana is outside my ken, and should be reserved for medical professionals. This article deals only with the legality of marijuana use in the United States. One need go no further than the Whitehouse website to discover, “that using marijuana continues to be an offense under Federal law.”

All laws should, at a minimum, inform the public which acts are illegal and which are legal. The law should not require the public to research the nuances of federalism and the sovereignty of the states in our federal union to determine if their actions are legal. Yet that is the dilemma veterans face. Is medical marijuana legal in California, Colorado, and Washington? Am I covered if my VA doctor recommends I use medical marijuana for my PTSD? These are among the questions that our military veterans should not have to worry about when seeking treatment for their medical issues.

The use of marijuana, for both medical and recreational purposes, remains illegal under federal law. This is true in every state, including California, Colorado, and Washington.

The 2009 memorandum, also known as the Ogden memorandum because it was issued by deputy attorney general David Ogden, “does not alter in any way the Department’s authority to enforce federal law, including . . . use of marijuana . . . This guidance regarding allocation does not ‘legalize’ marijuana or provide a legal defense.” Similarly, the 2011 and 2013 memorandums, while purporting to limit the scope of marijuana prosecutions by DOJ, include exceptions “so broad that there isn’t that much of a rule left.” Even with the 2013 memorandum, “a US attorney could . . . justify virtually any marijuana prosecution he or she might care to bring,” wrote Ilya Somin, a professor of law at George Mason University School of Law.

To recap, the president and attorney general have given no clear guidance to potential users of medical marijuana, only guidelines to federal prosecutors. There have been pronouncements and memorandums, but nothing a member of the public or a veteran may rely upon when making the decision to use medical marijuana.

The legislative branch must take action on this issue. If it becomes lawful for VA physicians to recommend the use of marijuana in states where it is legal for medical purposes, as the recent proposed Senate provision recognizes, then it should be legal for our veterans to act on these recommendations. To allow the status quo continues to put our veterans in the position of risking criminal prosecution for following the advice of their government-provided VA physician.

Our military veterans should be able to seek medical treatment from the VA without fear that they will be prosecuted for acting on the advice from their VA doctor. Currently, under federal law, our military veterans receive mixed messages. The VA may recommend the use of medical marijuana and the Justice Department may prosecute them for acting on this recommendation. These are two departments of the same federal government. It is not too much to ask that they speak with one voice when it comes to the use of medical marijuana to treatment of our veterans.

No matter where one falls on the issue of the legalization of marijuana, either for medical or recreational use, it is clear that veterans are not well served by the contradictory positions of the federal government on the use of medical marijuana.