The Solution To VA Reform Isn’t The Private Sector

After being severely wounded and nearly dying in Vietnam, I spent 18 months at Walter Reed before being transferred to... 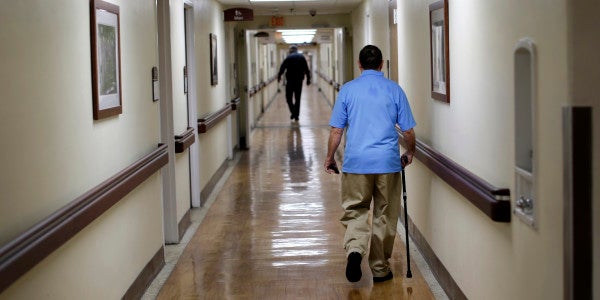 After being severely wounded and nearly dying in Vietnam, I spent 18 months at Walter Reed before being transferred to a VA hospital. There, VA doctors, nurses, and staff cared for my wounds, began my rehabilitation and made it possible for me to successfully return to civilian life. I shudder to think what would have happened to me, and thousands like me, if there had not been a VA health care system in place specifically designed to comprehensively address our unique needs as veterans.

There has been much debate over the past two years about how to fix and strengthen the VA health care system, and many smart reform ideas put forward, but there have also been a number of ill-conceived proposals that could severely hamper, downsize or eliminate VA altogether.

For example, some activists and politicians are suggesting that giving severely ill or wounded veterans an insurance card is the best way to reform veterans health care. They want to change VA from a comprehensive system offering a full continuum of care for veterans into one that simply pays for medical services in the private sector.

Related: Scrapping the entire department is not the solution to VA’s problems »

But if this insurance-only system had been in place when I was wounded it would have negatively impacted my overall care and recovery, and it would certainly weaken care for thousands of veterans in the future if enacted. Under this proposal, veterans would simply be handed an insurance card to purchase care from the private sector, rather than relying on teams of VA physicians and nurses who have specialized experience treating, not just the wounds of war, but the complicating ailments that accompany or worsen these lasting conditions.

Turning the VA health care system into merely an insurance program would require shrinking or shutting down the nation’s largest, fully integrated health care system, leaving millions of veterans without access to VA’s specialized care. All of the experience and expertise that currently exists in treating veterans at VA’s 150-plus medical centers and 1000-plus outpatient clinics — particularly in caring for the men and women who suffered injuries or illnesses as a result of wartime service — could be lost.

Should this proposal become law, veterans would have to deal with thousands of new government insurance regulations, lifetime limits on care, and a new bureaucracy in order to access health care. Plus, millions of veterans would have to pay insurance premiums, copayments, and deductibles, thereby assuming even more of the financial cost of the medical care they receive.

Yes, there are important reforms needed to improve VA, including establishing new accountability standards and better aligning resources with veterans’ needs. But for the 9 million veterans enrolled in VA health care, the biggest challenge going forward is access, not quality. In fact, a recent independent assessment conducted by Rand Corp. and others concluded that VA performs the same or significantly better on average than non-VA health care on important dimensions of care and service.

The better solution for veterans is to improve access to care, not eliminate VA care. We should create veterans health care networks across the country to seamlessly integrate the best of community care into the VA system. This would help guarantee timely access to a full continuum of care for veterans closer to home. The VA would remain the coordinator and principal provider of care in these new networks — to include primary care — which is the most effective way to prevent and treat conditions that are unique to or more prevalent among veterans, particularly those with disabilities or chronic conditions. And by partnering with the best providers available in each community — including military and other federal providers — veterans would have more options to receive high quality, veteran-centric care, when and where they need it.

A recently conducted DAV survey, nationally representative of veterans of all generations, found that 87% of veterans want the federal government to provide a health care system specifically dedicated to the needs of ill and injured veterans. What they don’t want, or need, is more red tape and broken promises.

Turning VA into an insurance program is just one of several simplistic proposals that sound good on the surface, but carry much greater implications for the long term health of our nation’s veterans. So as we are doing with the other bad ideas, let me set the record straight on this one: More red tape, less care coordination, and lower quality health care for veterans would be the result if Congress turned VA into just another government-run insurance program.