The U.S. Department of Veterans’ Affairs is an unyielding, unresponsive mess.Recent findings have shown that not only has the unethical... 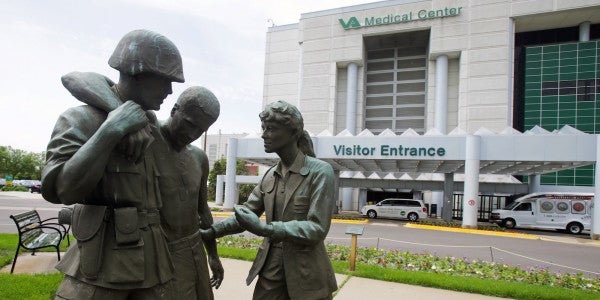 The U.S. Department of Veterans’ Affairs is an unyielding, unresponsive mess.Recent findings have shown that not only has the unethical and inappropriate culture of VA healthcare employees not improved since passage oflegislation aimed to address deficiencies, it has actually continued. When compared to the promises made to provide high-quality and timely care for veterans, this is obviously unacceptable and in need of drastic repair.

Yet ironically, VA health care is still among the best options available for most veterans, offering care ranked comparably in patient satisfaction to the private sector, and for little to no cost to most veterans. According to an American Customer Satisfaction Index for 2013, VA’s health system earned satisfaction indexes of 84 for overall inpatient care and 82 for outpatient care, while the broader U.S. hospital industry received scores of 80 and 83 in the same categories, respectively.

While there is clearly a gap between our expectations of VA health care and the reality of care veterans are currently receiving, the solution is not to get rid of the department altogether, but to improve it. Though some have called for the disbanding of the entire department the transferring of VA responsibilities, and the sale of VA assets — most recently, the editorial board of the Colorado Springs Gazette — such steps would drastically reduce the ability of the federal government to honor its promise to our veterans.

To start, it’s helpful to examine how we got here. From 1930 to 1989, the Veterans Administration was an independent government agency, which was thenreorganized into the cabinet-level Department of Veterans Affairs. Much of the justification for that legislation was to elevate the importance of the organization to equal the importance of its mission, and to better establish lines of authority and oversight.

By the 1990s, VA health care was in a period of crisis and undertooksubstantial reforms to better meet patient need. Much of these reforms will sound very familiar to problems veterans are experiencing today. Over reliance on hospital care and limited service locations forced patients into long wait times and poor outcomes. Through reorganization and effective leadership, VA massively increased the use of primary care and deemphasized hospital care, resulting inenormous improvements in patient outcomes.

Similar reforms are in desperate need today. Both halves of VA — the Veterans Benefit Administration and Veterans Health Administration — have been caught completely unprepared by the massive influx of veterans needing services since the start of the wars in Afghanistan and Iraq.Reports showing overwhelming backlogs of benefits claims and excessive wait times for healthcare appointments undermines the confidence citizens and veterans have in the department.

The solutions advocated by those who want to shutter the department are actually worse problems in disguise, like the Colorado Springs Gazette suggests, “Congress should defund the bureaucracy, close it and transfer veterans services to agencies that function better.” Pushing programs like VA’s Vocational Rehabilitation to the Department of Labor, VA home loans to the Federal Housing Administration, and VA education benefits to the Department of Education would simply make systemic problems harder to identify when spread across multiple agencies.

One of the greatest problems veterans experience in dealing with VA is in understanding the dizzying array of programs and services available. Who would clearly understand that if they want to use their Post-9/11 G.I. Bill then they must apply with the Department of Education, but if they receive a service-connected disability rating, they can change over that program to Vocational Rehabilitation with the Department of Labor? If there are such problems with communication among one cabinet-level agency like VA, why would anyone believe communications will be better when involving multiple agencies?

Rather than spread veterans across multiple agencies to hide the problem, true cultural change is needed at VA through every level of staffing. First, strong leadership is needed to reform the unethical culture surrounding the hiding of wait times and manipulation of data. While this is easier said than done, cultural norms need to shift to more of an acceptance of errors and failure and an all-hands-on-deck approach to fixing problems, rather than a zero-tolerance approach to any excessive wait times. Such pressure only helps to incentivize unethical behavior in hiding mistakes, rather than actually bringing issues to light so veterans can receive faster care. Bringing these issues to light in a constructive way also provides valuable information that can be used to fix the underlying problems, rather than treat the symptoms alone.

Second, that zero-tolerance approach needs to be applied with a heavy hand toward anyone found manipulating data. While theVeterans Choice Act does contain increased flexibility in penalizing employees found falsifying data or involved in misconduct, this needs to be expanded to an on-the-spot termination for ethical violations of any kind.

Third, VA needs to invest heavily in technology to enable more efficient appointment scheduling practices. While VA has focused in large part on more efficient scheduling from its end, veterans still face an unwieldy and inefficient set of options for scheduling or changing appointments. Proposals like Rep. Seth Moulton’sFaster Care for Veterans Act would help VA utilize smartphones apps and easy-to-use websites to quickly schedule and change appointments. This would allow for both faster and easier scheduling and could substantially reduce wait times, as new time slots become available through veterans changing their appointments through these methods.

These commonsense approaches could go a long way in ushering in a new period of reform and enhancement at VA, similar to the enormous improvements made in VA health care in the 1990s. They would also help ensure the survival of one of the most important tools available in our national commitment to keeping our promises to veterans and their loved ones.