Despite Purported Fixes To The VA, Veterans Still Suffer From Poor Care

After spending years trying to meet the demands of the most recent generation of veterans, while tending to those of... 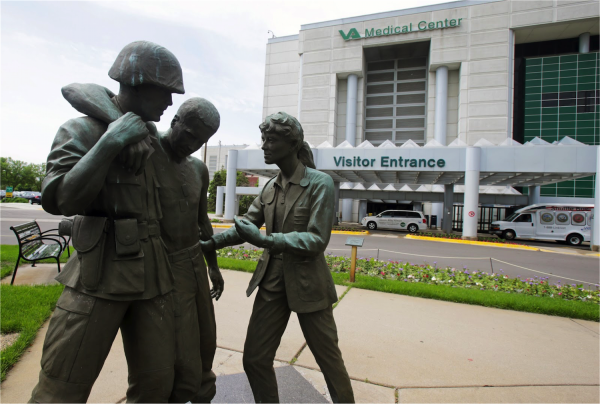 After spending years trying to meet the demands of the most recent generation of veterans, while tending to those of previous wars, the Department of Veterans Affairs is still missing the mark. In a special report by USA Today, Donovan Slack writes that as the VA struggles to address the complex medical needs of veterans of the wars in Iraq and Afghanistan, Vietnam era veterans require more care.

This means that an already beleaguered system is only going to be put under greater strain in years to come.

The department's failures have gained national attention in recent years, from the benefit-claims backlog to the manipulation of patient wait-time records. While there have been changes to the VA at the highest levels, with former secretary Eric Shinseki Stepping down, and the passage of major bills like the Choice Act and the creation of the Choice Card Program, it can be hard to tell if the situation has improved.

For instance, in the last three years, the Oklahoma City VA Medical Center has had five directors, and is awaiting the appointment of a sixth, reports USA Today.

“Measures of patient safety — the rates of in-hospital complications and adverse events following surgeries and procedures — are among the highest of VA facilities across the country, as are mortality rates for patients suffering from pneumonia or congestive heart failure,” writes Slack, adding that the Oklahoma City VA also has the highest turnover rates among registered nurses, and according to the department's own statistics, has one out of five stars for performance.

The problems and challenges facing the department are most keenly felt by the veterans who seek treatment through the VA.

When 65-year-old George Washington Purifoy originally complained of severe pain after radiation therapy damaged the bone under his nose, clinicians at the VA sent him to receive root canals and other procedures, thinking it was a dental problem.

Now Purifoy has no nose or front teeth and he’s still in pain.

To add insult to injury, the passage of the Choice Act should have allowed Purifoy to seek treatment from a private healthcare provider nearby, but instead he has to drive six hours from his home for treatment at a VA facility in Shreveport, Louisiana.

While the VA says it has hired more than 1,500 doctors in the past year to increase patients’ access to care, the agency said there is still no VA surgeon in the state who can treat Purifoy, writes Slack.

“I don’t know if there are others — there probably are, but it just seems like there’s a lot of miscommunication among the departments, a lot of lost time where patients come for appointments and the doctors they’re supposed to see are not there, a lot of people managing things but missing the big picture,” said Dr. Marci Levine, who reviewed Purifoy’s case along with four others at the request of USA Today. “And then the patients are obviously suffering at the end.”