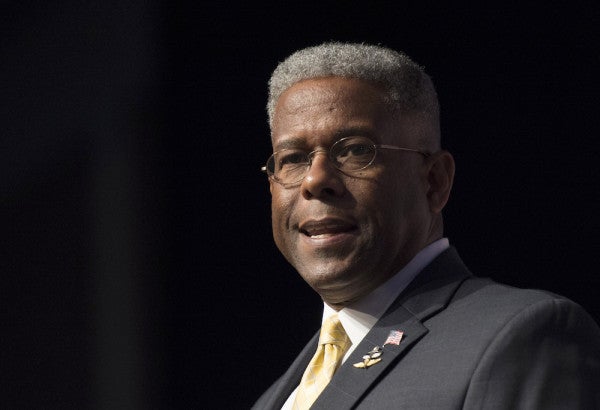 West, who now works as a pundit on Fox News, called the protesters “little cupcakes” in need of a “‘safe space’ where they don’t have to hear opposing views.”

He was originally invited to speak as a guest of the campus’ Young Republicans club and a conservative student group called the Young America's Foundation. The topic of his speech was radical Islam, which was met with dismay from university leaders, who disapproved of that terminology.

When fliers went up to advertise this visit, according to Riverfront Times, student opponents took the fliers down. And according to West, the Young America’s Foundation said that an unnamed university administrator had told the Young Republicans they couldn’t use the phrase “radical Islam” in event flyers.

In response, West took to his site and wrote that he was being censored, adding, “If you attempt to speak on issues to which the liberal progressive socialist left does not consent, you should be censored. Or at a minimum, the little cupcakes ask for a 'safe space' where they don’t have to hear opposing views — and here we were under the impression that institutions of higher learning were supposed to be places to encourage the free exchange of ideas.”

The group of “little cupcakes,” also known as students in the campus’ Leadership for Social Change club, decided to launch an unconventional protest … with actual cupcakes.

According to local Fox 42, right before the event, the students gave away free cupcakes in the auditorium where West was scheduled to speak, and suggested that they would give any donations that were offered to Syrian refugees.