Jan. 17 marks the 25th anniversary of the Gulf War. Gen. Norman Schwarzkopf was the exceptional Army leader who commanded... 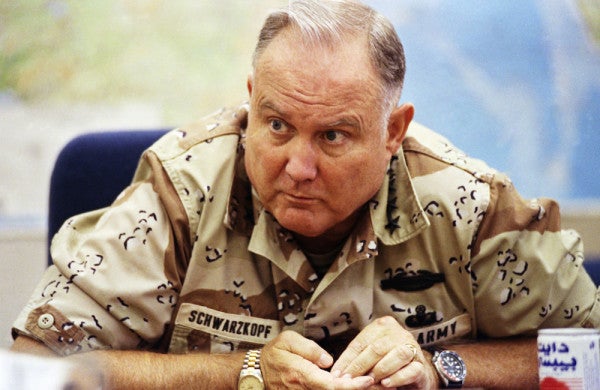 Jan. 17 marks the 25th anniversary of the Gulf War. Gen. Norman Schwarzkopf was the exceptional Army leader who commanded 750,000 troops during the war in the 1990s.

Nicknamed “Stormin’ Norman,” Schwarzkopf was known for being a hard, strategic commander with a temper, but earned much respect by handling the press and diplomats with poise.

He eventually planned and led Operation Desert Storm, which became known as one of the most successful campaigns in U.S. military history.

Schwarzkopf said this during an interview with Barbara Walters in 1991. It is featured in his autobiography titled “It Doesn’t Take a Hero.”

“You should never forget that the airplanes don’t fly, the tanks don’t run, the ships don’t sail, the missiles don’t fire unless the sons and daughters of America make them do it.”

Schwarzkopf said this in a speech shortly before his retirement in 1991 to soon-to-be soldiers at West Point Military Academy.

“True courage is being afraid, and going ahead and doing your job anyhow, that's what courage is.”

“I’ve managed to convince my wife that somewhere in the Bible it says, ‘Man cannot have too many shotguns and fishing poles.’”

The Chicago Tribune reported that Schwarzkopf gave this quote about his retirement in 1992.

Watch an excerpt from Schwarzkopf’s 1991 speech to U.S. Military Academy cadets below.

Correction: A former version of this article included a quote which stated Schwarzkopf said, “I believe that forgiving them is God’s function. Our job is to arrange the meeting.” That exact quote, though attributed Schwarzkopf, is unverifiable (08/15/16 at 3:05 PM).