The Navy formally announced its decision to bring back its 241-year-old job ratings on Dec. 21, amid complaints from current... 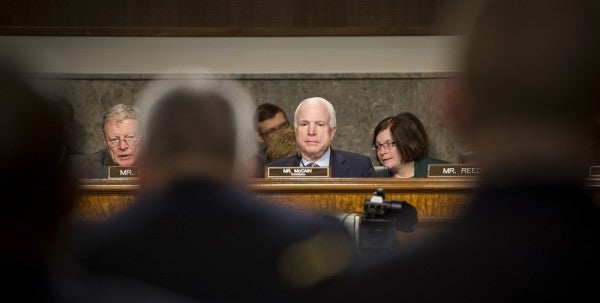 The Navy formally announced its decision to bring back its 241-year-old job ratings on Dec. 21, amid complaints from current and former sailors.

Following the reversal of the unpopular decision, Sen. John McCain, himself a decorated naval aviator and chairman of the Senate Armed Services Committee slammed the original decision to drop the Navy’s ratings an example of “pointless policy tinkering,”

In a statement McCain took a swipe at Secretary of the Navy Ray Mabus, saying:

“Revoking these titles, many of which have been a part of the Navy’s identity for centuries, defied basic common sense and distracted from the real challenges confronting the men and women serving in our Navy.”

The branch’s review of its ratings began earlier this year at the behest of Mabus, who ordered the Navy and Marine Corps to ensure their job titles were gender-neutral, following the opening of previously closed career fields to women. The decision prompted criticism from service members who saw tradition taking a back seat to political correctness, a sentiment expressed by McCain in his sentiment.

“Unfortunately this was not an isolated incident of pointless policy tinkering,” he stated. “A number of other recent policy changes also appear to have been made with shallow analysis and unnecessary urgency.”

Before he reversed the decision, the Chief of Naval Operations Adm. John Richardson acknowledged that senior Navy leaders, himself included, misjudged how sailors would react to the decision.

“I underestimated how fiercely loyal people were to their rating,” Richardson said, according to Navy Times. “I've gotten a fair amount of feedback on that.”