The Greatest Mercenary Magazine Of All Time Is Folding

When former Green Beret Robert K. Brown founded Soldier of Fortune in 1975, he had one very specific audience in... 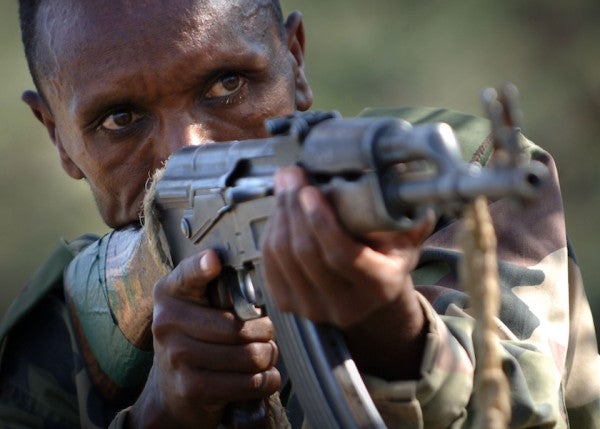 When former Green Beret Robert K. Brown founded Soldier of Fortune in 1975, he had one very specific audience in mind: G.I.s who had returned from Vietnam only to realize that they felt more at home on the battlefield than they did in a society that widely shunned the war they represented.

“A lot of Vietnam veterans felt they weren’t given their due, so I wanted to promote the concept of giving them recognition,” Brown, 83, told Maxim in a recent interview. “We said our blood was just as red as anyone who fought in WWI or WWII or Korea, but that wasn’t the case in society at the time.”

Brown, who retired from the Army as a lieutenant colonel, was wounded in a mortar attack while serving with Special Forces in the central highlands of Vietnam in 1969. But it wouldn’t be the last time the scrappy Michigan-native saw combat.

As the editor of Soldier of Fortune, Brown traveled the globe pursuing what he appropriately dubbed “hardcore participatory journalism,” which often placed him and the freelance writers he employed (usually actual mercenaries) at the chaotic center of the stories they covered.

Related: Vets Who Want To Fight ISIS Can Learn From Old Fights In The African Bush »

“We would create the story, gin up a lot of action, and then write about it for the glistening pages of our bad-boy magazine,” Brown explained in his 2013 memoir, “I Am Soldier of Fortune: Dancing with Devils.”

Six correspondents have been killed while on assignment for Soldier of Fortune in places like Burma, Angola, Nicaragua, and Sierra Leone, according to Maxim.

Soldier of Fortune’s readership reached its peak in the 1980s, when it had a print circulation of about 150,000. At the time, the magazine was notorious for its classifieds section, which advertised everything from tactical manuals and weaponry, to real-life guns for hire.

The families of several people allegedly killed by Soldier of Fortune hitmen famously sued the magazine in the mid-80s.

The magazine’s readership has dwindled significantly since its Reagan-era heyday. In April 2016, the magazine will fold its print edition, but will continue producing content for its website, sofmag.com, according to The Wall Street Journal. The WSJ partly attributes the decline in readership to the aging Vietnam Veteran population.

“We couldn’t cut a deal to sell just the print edition,” Brown told the WSJ. “We want to keep the brand going so we are transitioning entirely to the internet.” He added: “After we went to press with the last issue, it was like a humongous rock lifted off my back that I had been unaware of until it was removed.”