Everyone served with that grumpy, old, gray-haired specialist or buck sergeant who had already lived a full life as a... 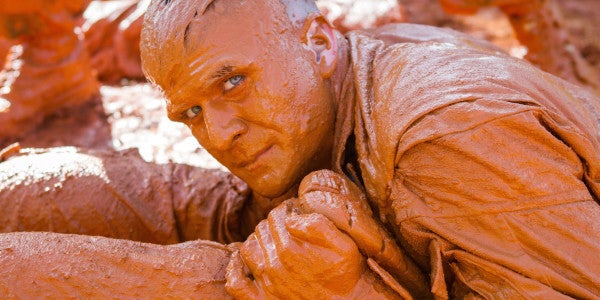 Everyone served with that grumpy, old, gray-haired specialist or buck sergeant who had already lived a full life as a civilian by the time the Twin Towers came down and he enlisted. His age, experience, and willingness to openly criticize arcane military procedure were just plain annoying to many of his peers and junior leaders. But give “gramps” his due. He was happier to serve with you than he let on. At least I was. As a 41-year-old enlistee who deployed twice with the 82nd Airborne Division, here’s what I came to understand.

1. The Army is the country’s largest voluntary boarding house and finishing school.

Rather than assuming victim status, many young men and women from fatherless or otherwise disadvantaged homes enlist because they know they need a strong hand to help bring them into adulthood. They are the “we” in “We, the willing …”

2. You can’t always tell who will be brave in battle.

It’s not always about cowardice or physical strength. Some people just aren’t built to function in the kinetic, roulette-like atmosphere of a firefight. Some are. We call them warriors.

3. To a civilian, time is money. To a soldier, time is everything.

Complaining to a soldier about a four-hour layover in an airport will only get you the lazy eyeroll. Spend 14 months away from your family, or worse yet, a month in Fort Polk at the Joint Readiness Training Center. Four hours is chump change.

It’s not like a hard workout at the gym or a long day at the construction site. It’s air assaulting into a hostile village and standing in your cheap-issued combat boots for 72 hours while 125 pounds of body armor, weapons, ammo, cross-loaded platoon and company gear, and other equipment cut into two narrow swaths across your shoulders. Did I say standing? Standing and sprinting.

5. The smell of cordite is so last century.

Yes, soldiers still use the term to describe the acrid metallic smell that lingers from mortars, artillery, and small-arms fire. No, cordite hasn’t been widely used as a munitions propellant since the days of trench-and-foxhole warfare. It’s still fun to say.

6. You can’t haze an infantryman.

You can try, but grunts love the suck. In my time of service, I didn’t know any terrorists, but I did know plenty of Joes waterboarded by their friends because there wasn’t anything better to do on a Friday night.

As every spouse knows, the fanfare and well-intended family support lasts about two weeks, and then it’s a long, lonely journey to the end of the deployment. Unknown cars in the driveway are terrifying. Children’s inner lives grow callouses. The dog gets arthritic. It’s not like a business trip.

8. You can’t steal valor, but you certainly can try.

Litmus test: I’ve seen men in battle commit brave and selfless acts, but when they come home, they do not talk about what they have done, only what they failed to do. Civilians don’t know any better, but we do.

9. A sergeant major’s main job is to ensure reenlistment bonuses.

Because if we didn’t have to deal with him, we’d have re-enlisted for nothing.

10. Basic training is a misery for boots and hats alike.

Yes, that drill really did hate you. Whether a noncommissioned officer volunteers or is assigned, the two- to three-year position is considered one of the most difficult, intense roles in the Army. Days begin at 3 or 4 in the morning and don’t end until well past dark, with little time off.

11. Deployed troops don’t need cookies; they need toiletries to clean their bodies and their weapons.

Fobbits don’t need the extra fatty cakes, and those who are routinely outside the wire are always filthy. People who want to support deployed troops with packages of goods should send baby wipes, razors, Q-tips, pipe cleaners, toothbrushes, and bar soap. And buy quality razors since shaving is often done dry or with cold water.

They say, “Never forgotten,” because they can’t forget those they lost in combat, nor do they want to.