Ten facts about this iconic and dark classic film 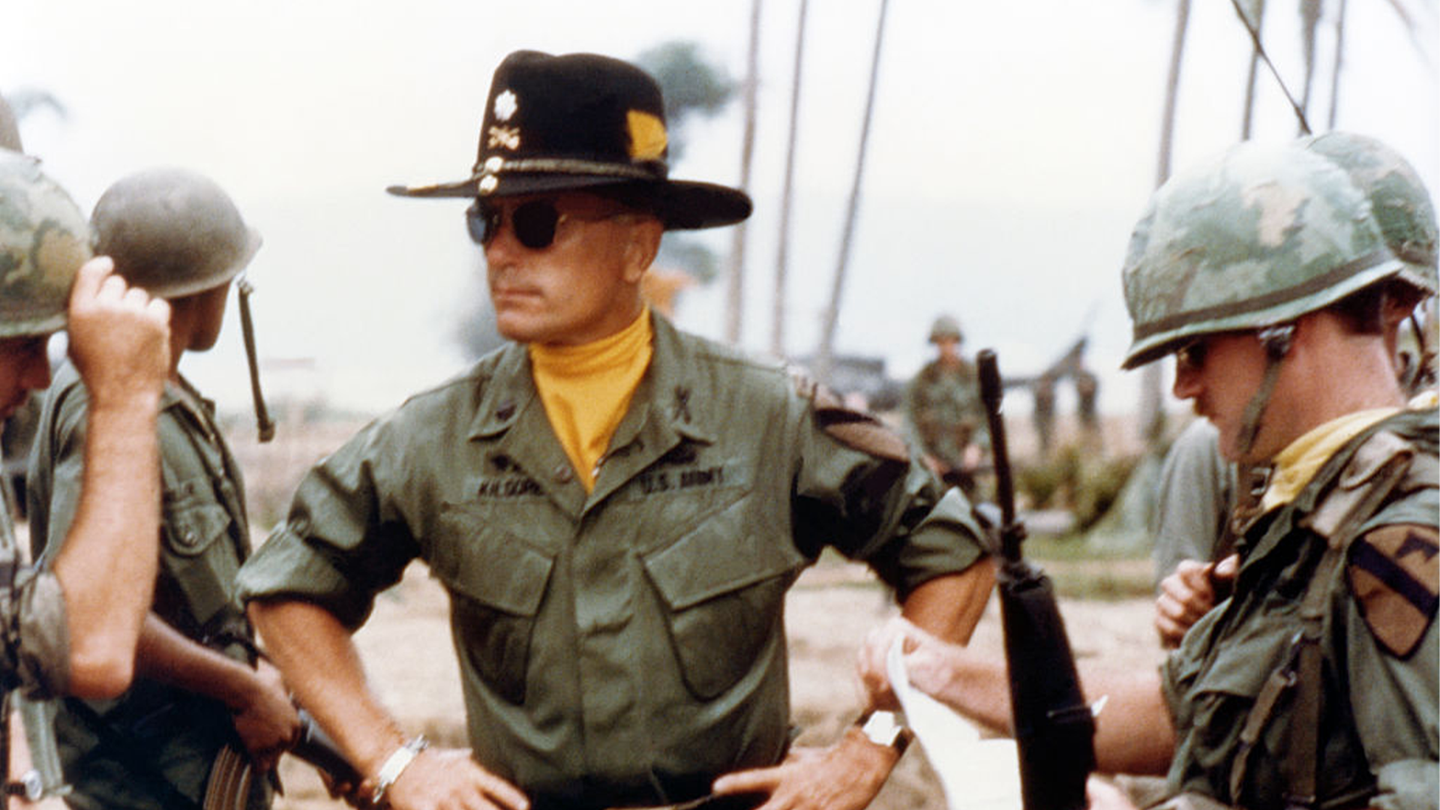 American actor Robert Duvall on the set of the film Apocalypse Now, directed by Francis Ford Coppola and based on Joseph Conrad's novel Heart of Darkness. (Photo by Zoetrope Studios/United Artist/Sunset Boulevard/Corbis via Getty Images).
SHARE

I’ll never forget the first time I saw “Apocalypse Now.” Captivated, I stared at the screen for the 196-minute runtime as Willard journeyed upriver in the midst of the Vietnam War to assassinate the general-turned-rogue-demigod Colonel Kurtz. Afterward, I felt disgusted, exhausted, relieved, and forever altered in my way of thinking about war.

Way more important than my first screening, however, is the story behind the making of “Apocalypse Now.” The film was legendarily produced over budget (from an initial $14 million to costing over $31.5 million) over time (principal photography was planned for six months, but ended up lasting over a year), and over the top. Most people know it took over three years to shoot and edit. And the screenplay was based on Joseph Conrad’s novella “Heart of Darkness.” And that Martin Sheen suffered a heart attack during filming, but got well enough to finish his work on set. And that Marlon Brando was paid $3.5 million for 15 total minutes of screen time. So I dug deep into “the horror, the horror” to present these 10 obscure facts about “Apocalypse Now.”

1. Colonel Kurtz was based on a real person.

Marlon Brando’s Colonel Kurtz is thought to be modeled after Anthony Poshepny. Poe, a CIA operative, was dispatched to train a secret CIA-funded army of hill tribes in Laos during the Vietnam War. Much like Kurtz, Poe dropped severed heads in enemy locations as a form of psychological operations.

2. Props got a little too real on set.

One props manager attempted to take the film’s sense of authenticity to the extreme, going so far as to source actual human cadavers for scenes requiring dead bodies. A production manager put the kibosh on the cadavers after local police began investigating. It turns out the cadaver supplier was robbing area cemeteries for their “inventory.”

Lucas was the film’s original director. He intended to shoot “Apocalypse Now” as a faux documentary in Vietnam during the war, on 16 mm film with real soldiers. But Lucas was too busy with “Star Wars” and “American Graffiti” and had to drop the project. Lucas then gave Francis Ford Coppola his blessing to direct.

“Apocalypse Now: Redux” is the only commercially available version of the film. The 2001 re-issue added 49 additional minutes to the runtime, and used a special Technicolor film process. It required layering multiple negatives to produce rich color saturation and consistent black tones. It also required cutting the original negative. Coppola gave the editor the okay, believing the redux was an improvement over the film’s first version.

“Apocalypse Now” is not the film’s original title. Early drafts of the 1,000-plus page screenplay were named “The Psychedelic Soldier.” It was changed to “Apocalypse Now” after screenwriter John Milius was inspired to make fun of a hippie pin bearing the words “Nirvana Now.”

After its release, the American Humane Association deemed the film “unacceptable.” Unfortunately, the water buffalo ceremonially slaughtered by the Montagnards was real. (Pour one out for the water buffalo.)

Sound libraries at the time didn’t have stereo recordings of weapons. So, sound editor Walter Murch recorded the latest military guns firing in Dolby Stereo 70 mm Six Track for the film’s 70 mm release. The final product resulted in 5.1 surround sound, aka with two channels of sound behind the audience, and three from behind the movie screen.

8. The most famous line is completely original.

“Apocalypse Now” was highly referential, drawing its inspiration and dialogue from works by documentary filmmaker Werner Herzog, poet T.S. Eliot, author Michael Herr, and more. But the infamous line, “I love the smell of napalm in the morning” was totally original.

The film shot on location in the Philippines. After Coppola met with president Ferdinand Marcos about the project, the president loaned helicopter gunships to the production. During filming, Marcos had to recall the gunships for actual combat against a rebel army.

It does, however, make an appearance as graffiti in the background of a scene: