NASHVILLE, Tenn. — Travelers in Nashville International Airport came to a complete stop Saturday to sing to a plane full... 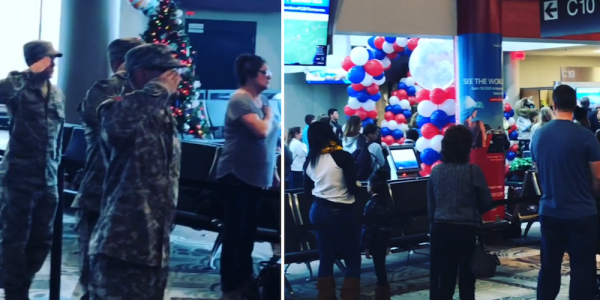 She wrote that the children, who had all lost a parent in combat, were part of an all-expenses paid trip to Disney World. A party was being thrown for them at their gate. When it was announced over a loudspeaker and the children lined up to board the plane, “the whole airport literally stopped and sang with military present in salute.”