No matter how hard they seem to try, if the action movie isn't set during the Qing dynasty, it ends up being a steaming pile of Mǎ shǐ. 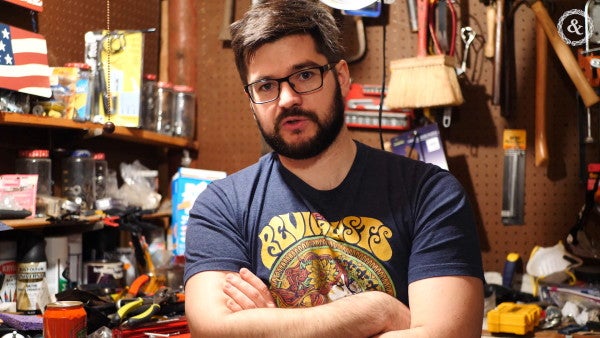 As mainland China has risen in the last two decades, it has remained firmly behind the United States in one key area: action movies. No matter how hard they seem to try, if the action movie isn't set during the Qing dynasty, it ends up being a steaming pile of Mǎ shǐ.

The Wolf Warrior series is the latest Chinese attempt to unseat the dying Hollywood tradition of a big budget explosion fest, and it fails harder than the Belt and Road initiative.

The plot of Wolf Warrior is simple: A high-speed Chinese sniper, Leng Feng, disobeys orders and kills a bad guy, thus saving lives. After this massive misstep of disobeying authority to win, he is sent to the brig, where he gets recruited to play OpFor with the PLA's red team, the 'wolf warriors'. During his first field exercise, a group of American mercenaries decide to attack the bulk of the PLA army to kill Feng as revenge for his heroic deeds at the start to the film. Yes, that is as stupid as it sounds.

The sequel, Wolf Warrior 2, is set in a unnamed African country. After Feng's actions in the first film, he heads to his dead comrades house. There he runs into one of the censor-approved domestic bogeymen — corruption. After kicking a corrupt landlord into a windshield he is drummed out of the PLA for his vigilante actions, and moves to Africa to forget his past. After there's a revolution against the unnamed African Government and their Chinese partners (there to spur economic growth), Feng finds himself fighting for his life to save innocents in a war torn country.

The portrayal of the American mercenaries is really the fun part of both these movies. These operators are straight-up killers. These kitted out mercs are introduced in the first film by massacring a platoon of elite PLA counter terrorism troops, without taking so much as a hit. In the second film, it's basically the same group, just with *gasp* a blonde female sniper.

The poster of the slightly better sequel Wolf Warrior 2

There aren't any subtle messages in these films. They are pure in their intentions, and that intention is to show that China is good, morally right, and the PLA is unstoppable and decked out in the latest and greatest weapons. The closest American analogy really isn't Rambo. It's Chuck Norris.

Maybe someday China will find itself embroiled in a low-intensity land war in the middle east, and we can all make fun of the Sino-equivalent of TheHurt Locker.

These films are easy to make fun of, but they are cultural signals of the great power competition that is taking center stage between the US and China. If you want some insight into the PLA mindset, take a gander at these two films, both of which are streaming on Amazon.

But if you are looking for actual entertainment, you should probably look elsewhere.