Why ‘The Pacific’ is legions better than ‘Band Of Brothers’

In 'Band of Brothers,' the best mankind has to offer is on display. In 'The Pacific,' the worst takes center stage 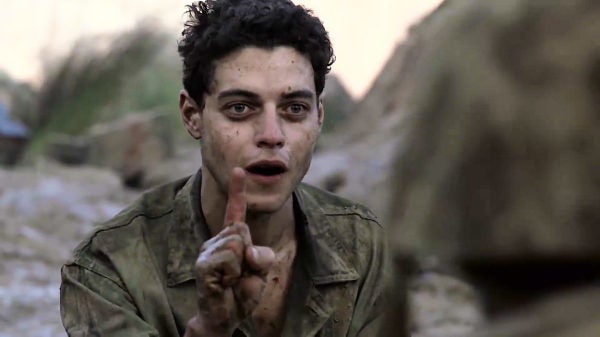 Band Of Brothers is an iconic series. It has great action, compelling story arcs, and, most importantly, all-American characters fighting a morally justified war. Yes, bad things happen, and it isn't all sunshine, but the prevailing sentiment of the show can perhaps best be described as “inspired.”As in: It often inspires people to contact their nearest U.S. Army recruiter.

The Pacific, on the other hand, has no such effect. Quite the opposite, really. Which is why it's a more important and all around better series. Just hear me out.

While Band Of Brothers tends to leave viewers awash in a glowing aura of American exceptionalism, its spiritual sequel evokes more complicated feelings. The war depicted in The Pacific is downright hellish, replete with deep emotional trauma and random acts of brutality, sometimes carried out by the protagonists themselves.

In Band of Brothers, the best mankind has to offer is on display. In The Pacific, the worst takes center stage. Like the scene of Pfc. Shelton (Rami Malek) tossing rocks into a half-destroyed human skull, for example. Audiences might find that a bit less uplifting than, say, French soldiers executing German prisoners.

Rami Malek was amazing as 'Snafu'(HBO)

Major differences in how the war was fought and experienced by American troops in the two theaters may have a lot to do with it. Unlike in Europe, the traditional laws of armed conflict were very rarely adhered to in the Pacific. That isn't to say that atrocities weren't committed by both Axis and Allied troops on the battlefields of Europe, it's just that in the Pacific theater, war crimes seemed the norm — at least according to The Pacific, which reminds us of war's dehumanizing effects early and often.

When a Japanese soldier is toyed with by machine gun fire after a failed assault on Marine positions and then unceremoniously executed, the point gets nailed home that this isn't going to be a trip to Disneyland. The show's very soul is dark, and the crawl towards greater meaning is much slower than in Band of Brothers. That is probably why it had a significantly smaller audience share during its premiere run on HBO compared to the original Tom Hanks-led juggernaut.

Ultimately, The Pacific achieves a momentum that its more popular companion piece never achieves, even during the much-beloved Bastogne episode. Despite The Pacific's accomplishments, it appears that this 250 million dollar production became a footnote in military history. Just like some of the island battles it depicts.