It's almost November and that means deep-fried turkey, all you-can-eat mashed potatoes, a few free TYFYS meals, and probably at... 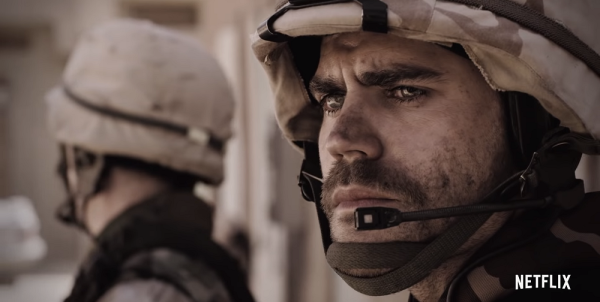 It's almost November and that means deep-fried turkey, all you-can-eat mashed potatoes, a few free TYFYS meals, and probably at least one visit from the fire department — see: “deep-fried turkey.”

It also means a new month's worth of shows and movies to plow through on Netflix. While the list for upcoming content is extensive, we decided to toss together a vet's viewing guide for the next few weeks to make your November binge-watching a little bit easier.

Here are the new additions to Netflix's collection of military-themed movies and shows.

A political thriller based on a true story, the film follows CIA operative Valerie Plame (Naomi Watts) whose identity is leaked to the press — politically motivated payback for a 2003 New York Times op-ed her husband, Joseph Wilson (Sean Penn) wrote, in which he refuted the government’s justification for the invasion of Iraq. Fair Game will be available on Netflix Nov. 1.

The documentary series chronicles the lives and extraordinary deeds of eight service members who were awarded the nation’s highest commendation for valor. Through a mix of historical footage, reenactments, and interviews — some with the recipients themselves — the show seems to be just as much about the men who earned the medal, as it is the award itself. Medal of Honor begins streaming Nov. 9.

Also debuting Nov. 9, this period drama follows the ascendance of Robert The Bruce (Chris Pine) from exiled Scottish nobleman, to outlaw hero, and king, as he leads a band of a ragtag warriors against the occupying English forces. If you've re-watched Braveheart one too many times and are on the hunt for a new brutal medieval bloodbath, heavy on Scottish accents and hand-to-hand combat, this may be worth adding to the queue.

This Danish crime series follows CC, a war veteran who returns home in search of peace and a sense of normalcy — which unsurprisingly, he doesn’t find. Burdened with guilt from his past deployment, CC joins up with his best friend’s widow to infiltrate a nefarious Copenhagen biker gang. On its face, the plot seems a bit outlandish, but if nothing else it’s sure to be something different when it arrives Nov. 13.

Beginning Nov. 16, Michael Peña stars as DEA agent Enrique 'Kiki' Camarena, in the latest addition to streaming service’s crime series. Set in the 1980s, Narcos: Mexico zeroes in on the rise of the Guadalajara Cartel, led by Félix Gallardo (Diego Luna), who’s taken over the operation and aims to create a sprawling drug empire. The newest iteration of the show seems poised to deliver on the series’ staples: A broad cast of complex and flawed characters navigating a morally grey world; a mix of clandestine ops and gumshoe detective work spliced with violent action; and heavy questions about America’s war on drugs.