​In Netflix's newest military-themed drama, ​​Triple Frontier, a group of elite ex-operators hatch a daring, and batshit insane plan to kill a notorious drug lord and steal millions in the process. What could possibly go wrong? 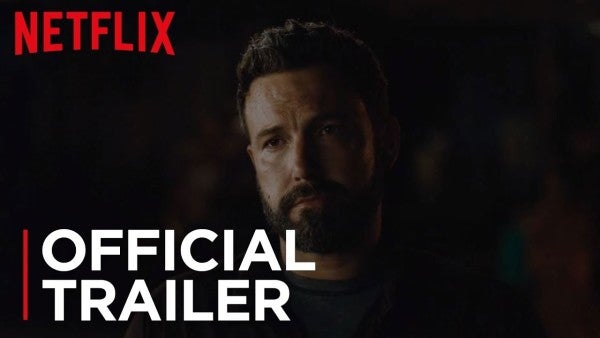 In Netflix's newest military-themed drama, Triple Frontier, a group of elite ex-operators hatch a daring, batshit insane plan to kill a notorious drug lord and steal millions of his ill-begotten cash in the process. What could possibly go wrong?

On the whole Triple Frontier is a solid action movie with stellar cinematography, interesting characters, a fantastic soundtrack — they get their money's worth out of Bob Dylan's Masters of War — and some exciting shootouts. The story, while not entirely new, is compelling and sure to keep you entertained with moments of balls-out action and childish glee. After the crew takes over the cartel boss' mansion, the squad of badass he-man warriors transforms into a giddy gaggle of man-children as they lose their shit over all that damn money, and just how rich they're going to be once they pull this off.

That optimism quickly sours, and that's largely the tone of Triple Frontier: All good things, like the characters' decorated careers in service to their country, eventually come to an end, leaving them with fucked-up knees, alimony payments, dead-end jobs, and war stories with no one to share them with.

Next time your war buddy comes up with a daring scheme while you're slamming back beers on the weekend, wait till you sober up in the morning before agreeing.Triple Frontier

In theaters now and airing on Netflix March 13, Triple Frontier is directed and co-written by J.C. Chandor (A Most Violent Year, All is Lost, Margin Call), who was joined on the writing front by Mark Boal (The Hurt Locker, Zero Dark Thirty), and their partnership shows in the film's gritty style. One-part throwback and two-parts mashup, Triple Frontier has elements of the original Ocean's 11, with it's crew of World War II vets, as well as The Dirty Dozen, with a dash of the A-Team thrown in, all mixed together with a healthy dose of gritty violence, and superbly executed combat sequences.

While Triple Frontier may rehash some old flicks, it's done with a modern aesthetic and still feels fresh — you can see the fingerprints of Narcos, The Town, and Zero Dark Thirty all over the place— ensuring the mil-spec caper is not a tired take on a tried and tested genre.

This is what happens when your perfectly laid plans turn to shit: You end up lugging hundreds of pounds of stolen cash through the jungle on the backs of donkeys.Triple Frontier

The movie's star-studded cast includes Ben Affleck as the team's leader, Redfly, who's “been shot five times for his country but can't afford to send his daughter to college,” as Oscar Isaac's character, Pope, reminds him. After spending the last several years as a contractor working with a number of unnamed governments in South America trying to track down a nefarious cartel leader, Gabriel Martin Lorea, Pope uses Redfly's financial woes and disillusionment to convince him to join his venture. The plan: Kill Lorea, steal his cash, and cripple the cartel's finances so they can't pay off their Rolodex of corrupt government officials and cops.

Then there's Garrett Hedlund as Ben Miller, a one-time operator turned amateur MMA fighter, and Pedro Pascal, who plays Catfish, a stellar aviator who's on the outs after his pilot's license was suspended pending an investigation — it was for a minor offense, he tells his teammates, before admitting, okay, okay, it was for a coke bust.

Rounding out the cast is Charlie Hunnam as Ironhead who introduces the movie with a raspy pep talk to a bunch of transitioning service members, in which he shares a personal anecdote about nearly choking a man to death in a supermarket for not moving his cart when he asked him. The scene cuts abruptly, and there's no indication that Ironhead wraps up his “welcome to the civilian world” chat with a plug for counseling, or if the moment is meant to reinforce his hardened warrior shtick. Maybe it's a bit of both — with audiences left to decide which caricature they want to ascribe to him: trauma-addled vet, or violent killing machine? Or, the whole point could be to say: Hey, it's not always either or, it could be neither, and maybe he just had a rough time figuring out who he is out of uniform, after having his identity rooted in that warrior culture for so long.

We'll never know for sure though, because that scene, while jarring and poignant, feels incomplete, and it's never brought up again.

The raspy-voiced warrior sage of the group, Ironhead is played by Charlie Hunnam.Triple Frontier

One of Triple Frontier's charms, and potential pitfalls, is that it lets you draw your own conclusions about these characters and fill in the blank spots yourself. All of the characters are special operations veterans, but depending on what you assume about these men, and what you've gleaned from pop culture, versus what you may know from experience, or even tangential exposure to that world, will give you wildly different ideas of who they are.

There is one thing Triple Frontier makes sure you know from the start (and it's reinforced in the middle and end), and it's that every last one of these men is bitter, and frankly, pissed off.

Which is why they decide to rob and kill a notorious drug lord, but as Redfly warns them before the operation kicks off, doing so means betraying every oath they've ever taken. Over time, his words prove true — a fact which frays the tight-knit group as they lug hundreds of pounds of stolen cash through the jungle, over the mountains, down ravines, all while being pursued by an army of cartel goons.

If Affleck's Redfly is supposed to be a dark, real-life version of Hannibal Smith, then Triple Frontier is what happens when a plan doesn't come together, and instead devolves into a hellish clusterfuck immediately after the first round is fired.

Triple Frontier is in theaters now and airs on Netflix March 13.

WATCH NEXT: Brad Went To A 'Homecoming' Sneak Preview