13 movies and shows to watch during your coronavirus quarantine 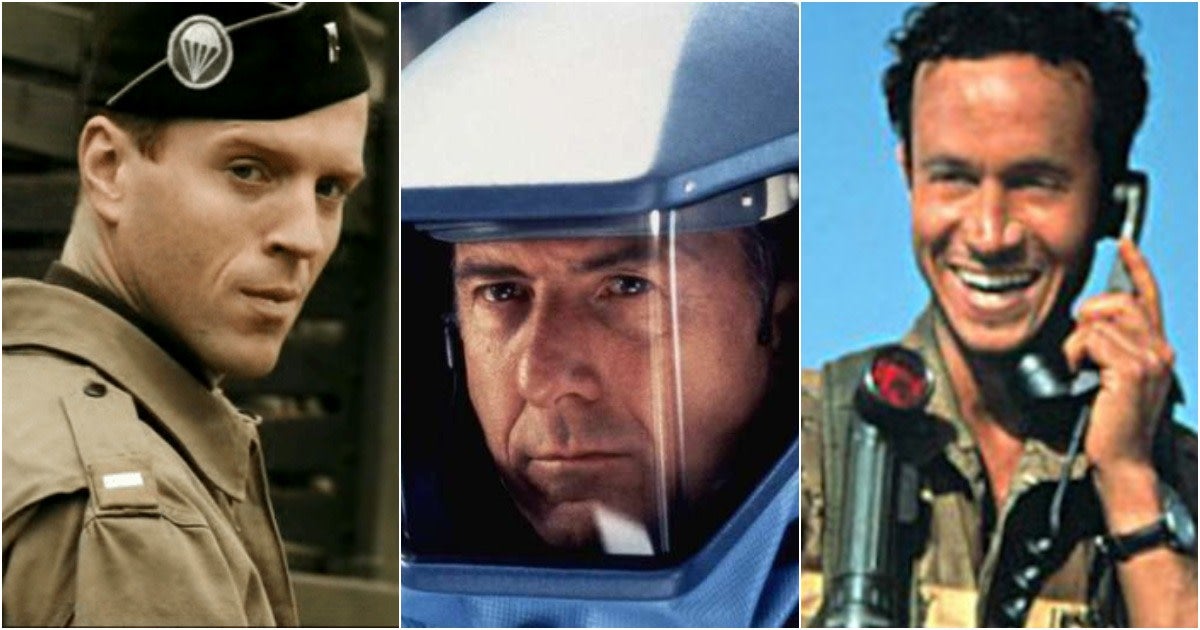 Luckily, we here at Task & Purpose are experts at filling boredom and decided to whip up a few recommendations to keep you from going batshit insane while cooped up at home. Don't thank us — service is enough thanks in itself.

No, you don't need to go outside: just watch this to see what the absolute worst case scenario for a global pandemic looks like, including the military's response — and then take heart in knowing that's not at all what is happening. (Streaming on Amazon Prime)

After Contagion, Outbreak is the perfect pandemic film; a combination sci-thriller and mid-90s action romp. Stick around long enough and you get to watch Cuba Gooding Jr. pull off some insane maneuvers in a helo to keep the U.S. military from firebombing an infected town, just like in real life. (Streaming on Netflix)

A bunch of foul-mouthed British soldiers face off against a pack of foul-mouthed werewolves in the Scottish highlands. Though it was originally a made-for-TV flick for the Sci Fi channel, Dog Soldiers delivers tons of suspense and a lot of unexpected laughs. (Streaming on Amazon Prime)

A good reminder that the coronavirus could be a hell of a lot worse: It could be twice as virulent and turn people into bloodthirsty monsters, instead of an insatiable mob that's dead-set on buying up all the hand sanitizer and toilet paper on the planet. (Streaming on Hulu and Amazon Prime)

This Pauly Shore vehicle is still the most realistic movie about Army life ever made. Don’t agree? Watch it now and prove us wrong. (Streaming on Amazon Prime)

This film focuses on Russia’s 2000 submarine disaster involving the K-141 Kursk, which sank and trapped 23 sailors at the bottom of the Barents sea after torpedoes exploded onboard. Though the film takes plenty of liberties with the true story, it highlights the dangerous bureaucracy that made rescue of the sailors far more difficult. (Streaming on Netflix)

With a 10-episode season, this is just a fantastic and entertaining way to make time go by. And let’s face it, you’re stuck on the couch for the foreseeable future! (Streaming on HBO)

In the wake of World War II, a more-than-complicated love triangle develops between Jason Clarke, Keira Knightley, a British colonel and his wife, and Alexander Skarsgard, a German homeowner who, along with his daughter, has had to make room for the British couple. What more information do you need? Keira Knightley and Alexander Skarsgard… that’s the pitch. (Streaming on HBO)

Don’t watch this shit. Go do a puzzle or something.

The classic comedy starring Leslie Nielsen is now on Netflix, and what’s not to like? Especially when the initial scene features Nielsen’s character, Detective Frank Drebin, beating the crap out of a who’s who of America’s enemies, like Libya’s Muammar Gaddafi and Iran’s Ayatollah Khoemeini. (Streaming on Netflix)

Let’s be honest, you have the time to get lost in Middle-earth for a while and bask in the glory of the trilogy’s epic fictional warfare. Plus, there’s nothing like immersing yourself in a world of fantastical fiction to deal with the fact that you and your roommate have literally nothing more to say to one another. (Streaming on Netflix)

There you are, sitting at home with literally nothing else to do, twiddling your thumbs as you wonder how many bowls of pasta is too many bowls of pasta, when it hits you — you haven’t heard from your crush in… days? You know they’re home doing nothing, they know you know they’re home doing nothing, and yet they are 100% incommunicado. Folks… he, or she, is just not that into you. Let this rom-com classic serve as that reminder. (Streaming on Netflix)

Eventually, your spouse will get sick of watching all of these military movies and suggest a romantic comedy. Don’t worry: They Came Together is actually a raunchy parody of every terrible rom-com ever brought to you by the same guys who did the Wet Hot American Summer franchise. Hey, it beats He’s Just Not That Into You! (Streaming on Amazon Prime)