In light of theater closures amid the novel coronavirus (COVID-19) pandemic, comic book and Vin Diesel fans alike will now be able to catch Sony Pictures' Bloodshot months ahead of schedule 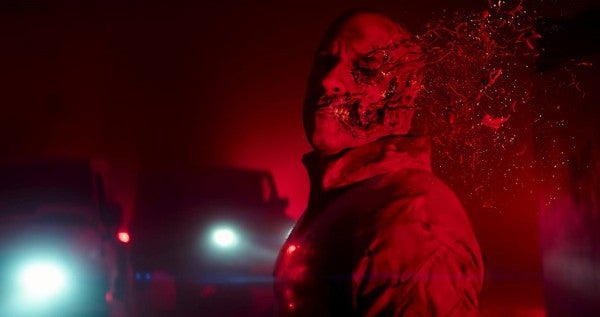 In light of theater closures amid the novel coronavirus (COVID-19) pandemic, comic book and Vin Diesel fans alike will now be able to buy a digital copy of Sony Pictures' Bloodshot months ahead of schedule.

The super hero flick — based off Valiant Comics' series by the same name — stars Diesel as Ray Garrison, a Marine who's reanimated after his death by a mysterious and, based on the trailers, nefarious corporation called RST.

Thanks to an ethically dubious experiment, Garrison is infused with an army of nanobots which surge throughout his body, repairing wounds, granting him superhuman strength, and giving him the ability to shrug off a shotgun blast to the face.

Upon awakening, Garrison is told that he was killed and that his wife was brutally murdered, and so he naturally sets out on a bloody revenge odyssey by hunting down the men who murdered his wife. I'm pretty sure he and Frank Castle would be BFFs.

Movie trailers for Bloodshot make it readily apparent that there may be more to the RST Corporation than they claim. Managed by Dr. Emil Harting (Guy Pearce) — who's basically Lex Luther if the Superman villain was made the head of both DARPA and the Department of Veterans Affairs — it seems like RST has wiped Garrison's memory and is using him as their personal one-man army.

They're also also accruing a fire-team's worth of augmented military veterans, and you know what that means: a guaranteed big CGI super soldier fight .

Now, if you're scratching your head and wondering if Bloodshot is worth the $19.99 price tag to buy it outright, you can go ahead and watch the first nine minutes free to see if it hits those pseudo-military super hero vibes you're after.

Bloodshot can be purchased online through Amazon Prime, Google Play, the Microsoft Store, and iTunes.