8 Fantastic Rip-It Stories From The Service Members And Vets Who Know Best (And 1 Civilian, Just For Kicks)

Everyone has a Rip-It story, whether they know it or not, so we asked our community of service members, veterans,... 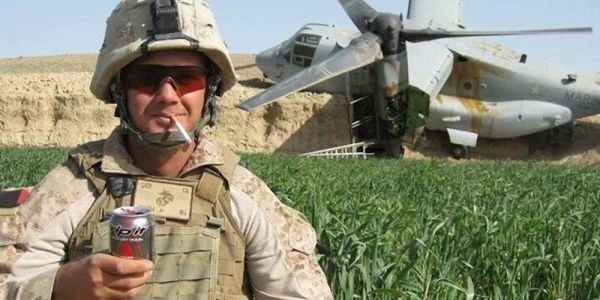 Everyone has a Rip-It story, whether they know it or not, so we asked our community of service members, veterans, and nasty civilians for their favorite tales of high-energy chaos, real or imagined. Here’s what we got back.

“The one Route Clearance patrol we did while attached to Army EOD in-and-around Fallujah area November 2007 lasted 18 hours. All I had that day was Rip-Its and Runts candy riding around in our AAVs. YAT-YAS! Thank you @ripitenergy , got me through that day!”

When you attempted to travel back in time and failed miserably

“Tried pouring a whole can into the Mission Processor of my Apache one night, hoping for a Hot Tub Time Machine kind of situation. It didn’t work, and now the bird is grounded.”

When Rip-It is the source of some friendly competition

“One day out of the week in Bagram they would have Rip Its at the Dfac. My crew worked nights so we tried to get some extras. Signs said to take 2 only. My sergeant and I played a game to see who could get the most cans back to the TOC without getting caught. His record was 24 cans. The bastard stuffed every pocket he could with two dozen cans”

When a Rip-It is manna from heaven

“My favorite personally was watching junior marines faces when a marine captain who was riding in my truck, throw a few rip it’s to them. They had been in mortar pits for three weeks and hadn’t seen anything but mres and water lol”

When your plans suddenly change …

“We where set to convoy and got told high chance of contact so 2 privates with us split a whole rack of rip it! Then they called the convoy off so they just sat there shaking like crack heads”

… or when you just need to kill time

“2010, camp ramadi. Months of boring KLE mission had us stir crazy. Rip it and camel smokes helped me stay awake long enough to power through like 4 seasons of Dexter in like 2 weeks with my homie @padroneetc”

When you need to face down some damn dirty baboons

“The year was 2018 and the government was all over the net. Some dick head had put cybernetic shot assist implants in the heads of military grade baboons, about a dozen and armed them with Ak’s set with explosive tip rounds . They covered an area about the size of a football field and didn’t play well with others. I was headed home from a half day of work , easiest 12 hours of my life . I was also excited about the rain and fog, just the way I like to party. So on the way home I stopped to buy my grape Rip It and was confronted by the baboons . All I’m gonna say is those baboons like to party and love drinking rip it for their hang over.”

BONUS: When civilians get a little too much Rip-It in their system

“Shotgunned two in a row at my high school in the bathroom then proceeded to get kicked off the basketball court. I’m in the band.”