There are plenty of obvious career opportunities for men and women separating from the military. The skills, knowledge, and mindset... 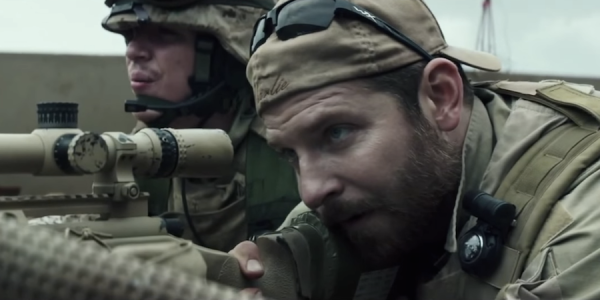 There are plenty of obvious career opportunities for men and women separating from the military. The skills, knowledge, and mindset a person acquires in the service translate seamlessly into jobs in law enforcement, defense contracting, and project management. Then there are the less obvious opportunities. When James D. Dever, a former Recon Marine, retired from the Marine Corps as a sergeant major in the late ‘90s, he identified one such opportunity and seized it.

“Becoming a Hollywood military advisor was really a matter of right time, right place,” Dever told Task & Purpose in an interview. “I worked on an independent movie called ‘Green Dragon’ with Patrick Swayze soon after I got out of the Marine Corps and word got around about how I work. Then it just took off from there.”

And it took off in a huge way. As the owner of 1 Force Inc., a Los Angeles-based company that provides military technical advising, Dever has worked as a consultant for dozens of major movies, television shows, and video games, including “Call of Duty 4: Modern Warfare.” His most recent film project, “American Sniper,” was his fourth with Clint Eastwood. (His first: “Heartbreak Ridge.”)

Military advisors do everything from teach actors how to fast rope from a Black Hawk to help recreate battle scenes in places like Ramadi. Their primary function is to keep the project grounded in reality. But Dever is the first to point out that the job requires a lot more than real world experience. A gainfully employed military advisor will also possess strong interpersonal skills (dealing with Hollywood types is no walk in the park), as well as a serious knowledge of history.

“Just knowing how to hold a rifle doesn’t cut it,” says Dever.

But military advisor is just one of many career opportunities for veterans in Hollywood. On any given film set, you’re likely to find, say, a camera operator or a production assistant who’s served in uniform.

“You wouldn’t believe how many military guys I run into out here,” Dever says. “There are just so many jobs out here.”

That might be because there’s an undeniable overlap between show business and the military: The work is often physical and exciting. The hours are long. There’s a lot of hurry up and wait.

So how does a veteran break into show business? Task & Purpose spoke with Dever to find out.

Did the fact that you retired as a sergeant major help you get your foot in the door?

No, not get my foot in the door. It gave me an understanding of how to work with people. As a leader, an E-7 is perfect, but for a young sergeant or a young corporal getting out of the service, it’s going to be more difficult because he probably hasn’t worked with generals and the different services, and he’s probably not as adept at answering questions and reading people.

How do you keep up to date on the latest jargon and tactics and stuff like that?

I still maintain a connection to the service. I give talks. I talk to Marines. I have a core group of Marines, Army, Navy, Coast Guard, and Air Force who work on movies and television shows in L.A. with me. Most of them just got out of the service. When I do a TV show or feature film in L.A., I take them with me on location. So I keep up on my knowledge. I’m also a historian and a big reader. I do a lot of period pieces, so I need to know about different time periods.

Do you get a lot of guys who recently got out of the service reaching out to you for a job?

Yes I do. A lot of them. Usually, if I don’t have room on my staff, I use them as a core group of personnel who play military personnel. So when we did “American Sniper” and we were shooting in L.A., my core group of 24 was there every day playing Navy SEALs or Marines. It looks authentic because they know how to carry themselves in that way. I’d use them in the foreground, and in the background I would use the extras that they gave me, and, of course, we’d train them to look and act like they were in the service too.

And you also have veterans working with you in the advising capacity?

Yeah, I have my staff and my assistants.

If you had an opening on your staff, who is the ideal candidate for that position?

Someone who can work with people. They have to understand the movie business too. And, of course, they also have to know their own job. As in, he actually has to know the job he did in the service. You can’t just say, “I was a grunt, and that’s all I know.” I need somebody who if an actor has a question he can answer it — whether it’s about a mortar tube, or how to drive a Humvee, or how to use a .50 cal, things like that. That’s what I look for.

So you’d be more inclined to hire someone who was, say, an E-6 or an E-7 when they got out of the military? Someone who had enough time to really master this stuff?

If I got out of the military and this is something I really, really wanted to do, what’s the first thing I should do? Pack my bags and move to Los Angeles?

Well, if you do that, just know that everybody’s already out here. You wouldn’t believe all the military that’s out here in L.A. working in the background. If you really wanted to do this, I would strongly suggest going to film school. If I knew about film school when I was young, I would’ve done that. You learn a lot. Had I been in the Marine Corps for only four years, I would’ve gone to film school when I got out.

You’re going to have an edge if you know the military stuff and the movie stuff?

Yes. There are so many veterans working out here as camera operators or in sound or in set deck or in props. A lot of prop masters I know were in the military. A lot of armorers too. There are guys who served with me back in 1st Recon Battalion who are now prop masters. The problem with military advising is this: They don’t make a lot of military movies.

What is the most unexpected challenge of this job?

The biggest challenge is that you have to understand that you’re an advisor. You can tell them that something is wrong, but they don’t have to listen to you. Just remember that. You’re only an advisor. You can show them the right way and the wrong way, but in the end it’s the director’s way.

So directors aren’t always too concerned with keeping the film completely grounded in reality?

Are the actors generally receptive to your input? Do they want to pick your brain?

Yes. Actors want to know everything and they’re very good at it. They always want to learn and they’re always asking questions.

What’s your favorite project you’ve ever worked on?

I’d say it’s the last one I worked on with Clint [Eastwood] — “American Sniper.”

What did you enjoy about working on “American Sniper?”

When you work with Clint, everything is enjoyable. I’ve done four movies with him. He lets you do your job. So when I work with Clint Eastwood, he doesn’t have to explain what he wants to see. I know the scene and I set it up and I work with the actors and tell them what they need to do and then we shoot it. It’s great.

Is it true that they have to get the military uniform wrong in movies and TV shows?

No. That is not true at all. I only have two eyes and people make mistakes. You have wardrobe people and they don’t know better and they only have two hours. Believe me, I can watch any movie and see mistakes in it.

Can you watch a war movie and tell if they didn’t use a military advisor?

Yes. There are lot of movies and TV shows that don’t use military advisors. Have you ever seen Banshee? It’s a show on Cinemax. I know the people who worked on it and they didn’t have a military advisor. You can just tell.

Okay, say I called you up and said, “I want to do what you do. I just got out of the Army. I was in for six years. I went to Iraq and Afghanistan. I know how to do this, this, and this.” What do you say to me?

I say, “That’s good. You have a strong base. We’re shooting a film about Vietnam. How do you carry your weapon?”

See what I’m talking about? I did an episode for “Blunt Talk.” It was set in the Falkland Islands. I had my guys out there and they kept going to the low-ready. And I was like, “Guys, they didn’t carry their rifles like that at that time.” You have to get that habit knocked out of you. You have to carry the weapon the way during that specific time period.

So the job is about a lot more than having a military background?

Yes, it’s about a lot more than having served in the military for a few years. When you came out of boot camp did they make you a sergeant? No. You have to learn how to become a sergeant. Same thing in the movie business. You just can’t go, “Okay, I know what’s going on,” and jump right in. I’ll tell you this right now: I was a dumbass as a private. We all were. We all were. You have to learn. When I was young and in the Marine Corps, I learned by listening to the people in charge of you. No difference here.