These Are The 3 Battle Scenes Hollywood Actually Got Right

When it comes to war movies and combat scenes, there are some things that bring the fourth wall crashing down,... 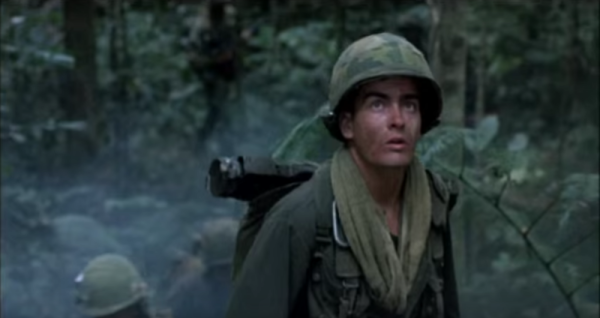 When it comes to war movies and combat scenes, there are some things that bring the fourth wall crashing down, at least for military personnel and veterans.

Phrases like “lock and load,” and “get some,” or unnecessary commands such as “hold the line,” are just a few. You can also add improper weapons handling, messed-up uniforms, and when a small unit leader says things like “listen here, private” to the list.

As a veteran it’s pretty easy to spot a bad military movie, but picking out a good one is a bit trickier, and this is especially true for combat scenes in war movies.

James D. Dever has been working as a military technical advisor since he retired from the Marines in the late 90s as a sergeant major. Task & Purpose asked the former reconnaissance Marine what his favorite war movie firefights were and why.

The biggest mistake, and the most common, that movies make is using the wrong uniform and equipment.

“It doesn’t matter what period, it’s the uniforms, and the way they move and act; to me it brings realism,” says Dever. “Some of these movies you see now, it looks like they got the wardrobe off the rack and put it on. It doesn’t look dirty, or sweaty, or you feel like they’ve had that uniform on for a while.”

Another common mistake is when the tactics don’t fit the time period, like when a guy carrying an M1 Garand during World War II has his finger straight and off the trigger, or has the weapon at the low ready.

“The safety is in the trigger, so when the safety is on, you have to put your finger in the trigger well, press forward to undue the safety,” says Dever, who admits that while civilians in the audience may not notice, some veterans will, and mistakes like that can quickly pull you out of a movie.

For Dever, getting the right weapons and equipment is just the start. What really makes a war movie believable, and combat in particular, is the demeanor of the service members on screen.

So, which movies have the least risk of breaking that fourth wall?

While there are a host of recent war movies and television shows that are spot on — “American Sniper,” “Saving Private Ryan,” the “Band of Brothers” series, to name a few — here are Dever’s top three war movies in terms of authenticity, historical realism, and believability.

It’s the tactics that make “Zulu” authentic, Dever says, explaining that it was the way Michael Caine’s character Lt. Gonville Bromhead directed the British troops was accurate for the time period.

“You’ll see the formations that fit that time period, the rifles, the way they act,” says Dever. “It’s so real, that’s what makes it a good movie.”

The movie stars Gregory Peck as Army Lt. Joe Clemons, and focuses on a major battle of the Korean War, from which the film takes its name. For Dever, the film’s authenticity is rooted in the interaction and dialogue between the soldiers.

“The way Gregory Peck as the company commander, the way he talks to his men, and the way they respond is so real,” says Dever. “Again, in that movie, you’ll get to see ripped trousers, ripped shirts; you’ll get to see the dirt and the grime.”

In one scene, the men are outflanked after Love Company is routed. Peck’s character tasks a soldier to break off a squad and two machine gunners to hold the flank; essentially they need to accomplish what an entire company couldn’t do. Understandably, there are objections.

“If Love Company couldn’t do it, how do you expect me?” the man asks, to which Peck responds: “Do it first and tell me how you did later.”

Dever says that it’s scenes like this that make you as a viewer believe the actors are actually military officers and leaders.

Oliver Stone’s 1987 Vietnam War drama sets a high bar for war films, says Dever. Following Chris Taylor, a U.S. Army infantryman during the Vietnam War in 1967, the film is as much about the battles between opposing forces as it is about the fight between the expectation of war and the reality, with disillusionment the end result.

Dever says the firefights and battles in the film were accurate to the time: proper weapons handling, equipment, tactical movement for that era.

However, what makes the movie believable to Dever is that the characters sound and look like the battle-hardened infantrymen they portray: beat down, deep in the shit, without a fuck left to give.

“You believe they’re out there in Vietnam, watching the movie,” says Dever. “They’re sweaty, they’re dirty, the way they talk, the way they act, and the way they carry their weapons.”