7 Phrases You’ll Want To Keep Using After The Military

If you’ve served in the military, live with a veteran, or work with one, you know that jargon is a... 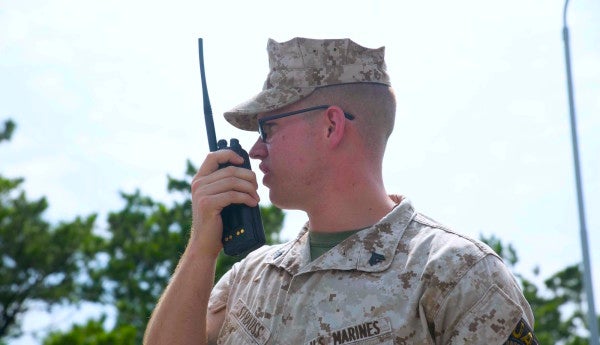 If you’ve served in the military, live with a veteran, or work with one, you know that jargon is a part of their vocabulary. While some of their military slang or abbreviations are practical in the civilian world, others are perfect for everyday use. In fact, a number of these words or phrases are more clever and politically correct than certain civilian words or phrases.

Here are seven phrases from military jargon that you can use to replace your everyday vernacular.

In civilian vernacular, this translates to: “What the fuck.” Except “whiskey tango foxtrot” is a much more poignant and acceptable phrase for use both within the military and among civilians. If you’re looking for a phrase to substitute expletives at home or in the workplace, whiskey tango foxtrot is the way to go. The phrase is also being popularized by the upcoming Paramount Pictures movie of that name starring Tina Fey.

Lima Charlie is typically used over the radio to denote that a message has been received. In the civilian world, this abbreviation can be used to affirm that you’ve heard something and understand. Whether you employ it sarcastically or seriously, this is one phrase that you can hold on to when something comes over “loud and clear” in your everyday life.

Related: How America’s wars have changed the English language »

“Fucked up beyond all recognition” is a military favorite. It originated in World War II and has already made its way into the civilian vernacular. So when something breaks beyond all measure of repair, you might say it’s “FUBAR” if you’re not in the right setting to drop an f-bomb. It’s also been used to name a new and depraved card game modeled after Cards Against Humanity.

To “pop smoke” means to leave or retreat. In the field, it means “you throw out a smoke grenade and vector in on it for extraction from a hot area,” Army Staff Sgt. Adam Dillon told Public Radio International. Whenever you find yourself in a situation and are looking to get out, just tell your party it’s time to “pop smoke,” and then get the hell outta there.

Essentially the crack of dawn, “Zero Dark Thirty” implies a generally unpleasant hour of the morning. It is also the title of a popular movie about the capture of Osama bin Laden. For those of you that like to get up before the sun, you can estimate your waking hour to be at “zero dark thirty.”

If your body was a clock, 12 would be your front face, and 6 would be your backside. In combat operations, you literally need to have your back covered. In the civilian world, sometimes people like to know that you’ve got their backs in a manner of moral support. Whether it’s your family or your new coworkers, it’s a sentiment that everyone can appreciate.

Bravo Zulu has a long history within the military. The term originated from the Allied Signals Book. Signals are sent as letters and numbers, which when combined certain ways have specific meanings. The letter “B” indicates a “doing” action and becomes a more specific instruction when paired with a second letter or number. “BZ” roughly translates to “well done.” Regardless of its history though, it sounds much cooler than just saying “good job.”