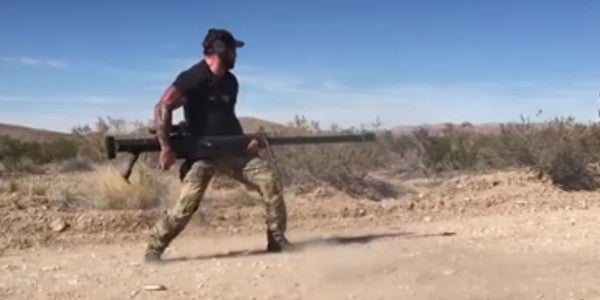 Mat Best, the whiskey-slugging, freedom-loving former Army Ranger and president of military apparel company Article 15, has just released this video of himself hip-firing a 20mm.

Legendary SEAL Marcus Luttrell talks about his role in ‘Range 15’ »

The 20mm is not a rifle. It’s a cannon, and it’s typically used to destroy vehicles, buildings, or aircraft. So why is Best shooting it from the hip? Because it’s Friday. And because he can.

20mm Hip FireIt's Freedom Friday, so why not hip fire a 20mm. 'Merica.