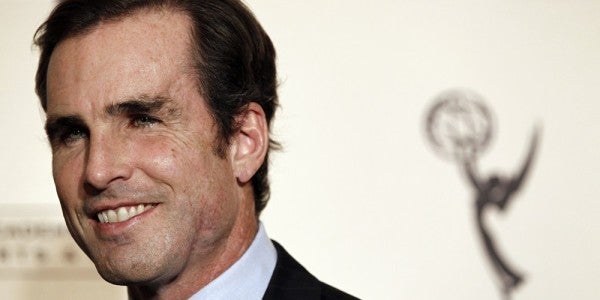 On Jan. 29, 2006 a roadside bomb in Taji, Iraq, nearly killed ABC news correspondent Bob Woodruff — but it didn’t. Ten years later, Woodruff celebrated the anniversary of the day he nearly died, or as he puts it, his “tenth alive day.”

Woodruff suffered a traumatic brain injury from the explosion and received treatment in hospitals from Iraq to Germany and all the way back in the United States. After falling into in a medically induced coma for 36 days and a long and challenging recovery, he beat the odds.

During his recovery alongside wounded troops at the National Naval Medical Center in Bethesda, Maryland, Woodruff was able to put a spotlight on injuries and wounds that, until then, had been largely under reported.

“Being in the media, Bob put a familiar face on the fact that injuries like these were happening every day,” Anne Marie Dougherty, executive director of the Bob Woodruff Foundation, said in a statement to Task & Purpose. “And with Bob recovering in the same hospital as our injured troops, the Woodruffs gained a huge appreciation for the struggles of military families.”

Related: Wounded veteran: ‘We have to protect our own and honor the fallen.’

After his injury, Woodruff and his wife, Lee, founded the Bob Woodruff Foundation in 2007. Since then, the organization has given away more than $30 million in order to “create long-lasting, positive outcomes for our nation’s wounded, ill and injured veterans, service members and their families,” explained a statement from the foundation.

The Foundation is supported in part by a yearly concert called “Stand Up For Heroes,” and features performers such as John Oliver and Bruce Springsteen. Additionally, NPR reported that the foundation gave away 87% of the money it received last year, and a tax record shows that it issues grants of more than $3 million each year.

Though the injury may have altered Woodruff’s plans for his career in journalism, he says that nothing compares to the good that eventually came out of a terrible day, 10 years ago.

“You've got to at some point just stop dreaming of being exactly the way that you were,” Woodruff told NPR. “A lot of moments in your life — or things that you're doing in your life — will be better than they were before. The work that we've done with our foundation. I think, is the most satisfying, fulfilling thing I've ever done in my life.”