Which is the best Christmas action flick? ‘Die Hard’ or ‘Lethal Weapon’ 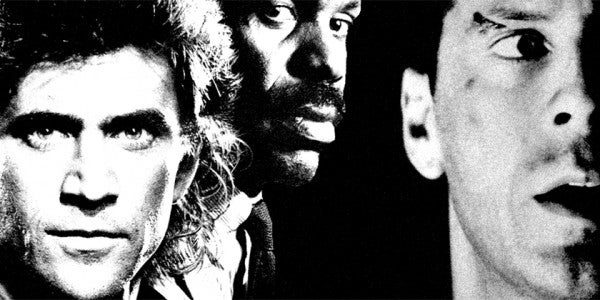 You may not think that Die Hard and Lethal Weapon are Christmas movies at a first glance given they’re both set in Los Angeles and there’s an intense lack of snow that usually lets us know it’s Christmas.

Let’s be clear, they are both Christmas movies, period. Die Hard is about a corporate office Christmas party crashed by terrorists who want to steal a metric shit ton of bearer bonds, while Lethal Weapon begins with a prostitute leaping from a balcony to the tune of “Jingle Bell Rock.” It’s obviously Christmas in L.A.

While I acknowledge that both movies are epic, classic action movies, and badass of their own accord, a winner must be crowned as reigning supreme.

I set up a grading scale of one to five stars, based on four criteria: badassery of the main character or characters, collateral damage and destruction, tactical weapons handling, and hand-to-hand combat scenes.

Die Hard takes this one hands down. John McClane, played by Bruce Willis, defeats an entire terrorist group barefoot, running through broken glass, and repelling off the roof of a building using a fire hose as rope. He’s a New York City cop who loves old westerns, refers to himself as Roy Rogers, and coined the pop culture catchphrase, “Yippee-ki-yay, motherfucker.” Additionally, taping a pistol to your back to take out the head bad guy is a pretty slick move.

While I’d like to give Martin Riggs and Roger Murtaugh from Lethal Weapon a higher rating — especially considering they’re both Vietnam War veterans with special operations backgrounds — their actions simply didn’t live up to the level of badassery displayed by McClane. Even considering a slick leg choke by Riggs to escape from the electrocution hook, and some brief moments where Riggs shows his suicidal tendencies, the overall timid and fearful approach Murtaugh takes to everything but the final showdown dials back the badassery for “Lethal Weapon.”

When looking for official body counts, the website Movie Body Counts reports that McCLane took out a total of 10 bad guys, while Riggs and Murtaugh combined had a total 21 kills. While Rigg’s had 17 kills, McClane only had 10 terrorists to hunt and kill the entire film, and he was confined in the building with all 10 the entire time and had a finite number of henchmen to pick off.

I tried to scrape everything I could from Lethal Weapon to find more destruction, but aside from a few cars and Murtaugh’s house being driven into, the destruction just isn’t there. Die Hard takes this category with its various explosions on multiple levels of a high rise, including a destroyed helipad, a downed helicopter, and a blown up armored SWAT personnel carrier. I can imagine McClane’s bill for the destruction he personally caused is astronomical.

Be honest, firing an MP5A3 from the hip is only acceptable if you’re missing an entire arm from the shoulder down. What’s more, doing a roll in the prone will never land a well-aimed shot, even with a M1911 pistol. Both films are so awful with weapons handling that Steven Seagal looks like an expert in CQB weapons and tactics. If this rating scale had negative stars both movies would be in the red.

I can overlook the terrible ending fight scene in Lethal Weapon between Gary Busey and Mel Gibson, which resembled some form of 1960s sock hop dancing in the rain. It’s shot with a ton of distracting camera angles to amp up the appearance of action for the viewer to no avail. Unfortunately, Die Hard isn’t much better; while the fight scene with Karl, one of the bad guys, at least showed us some well-connected hits, they are paired with the same jumpy camera-angle action cuts. There are some hilariously poor knife hands thrown between Karl and McClane, obviously added in to make drill instructors feel included by making the knife hand seem like a relevant way to strike someone. Well-choreographed fist fights must not have been something on producers’ minds in the late 1980s.

Considering the many war and action movies released since Lethal Weapon and Die Hard paired with my own military experience, it’s hard not to have a biased opinion on some of the grading criteria.

Despite being works of fiction, there have been more believable fight scenes and weapons applications from similar movies of the era without considering the limitations of pyrotechnics and special effects.

Aside from any obvious flaws in weapon handling and fight scenes, these two movies have resounding merits in terms of badassery. We’re talking about the days where stunt drivers and pilots were still heavily used to create the scene in Lethal Weapon involving a showdown between a helicopter and a limo in the middle of the California desert. With that scene, the potential mishaps took a hefty pair of balls to risk, and for that, I commend them.

While both movies remain among my favorite old-school Christmas action flicks, I tip my hat to Bruce Willis and the rest of the cast and crew responsible for “Die Hard.” I have nothing but respect for writers who laid the foundation for the story, up through director John McTiernan, who also brought us “Predator,” “Last Action Hero,” “Basic,” and “The Hunt for Red October.”