Several years ago, Tim Ballard, who had served as a U.S. government agent for a dozen years, went rogue — but... 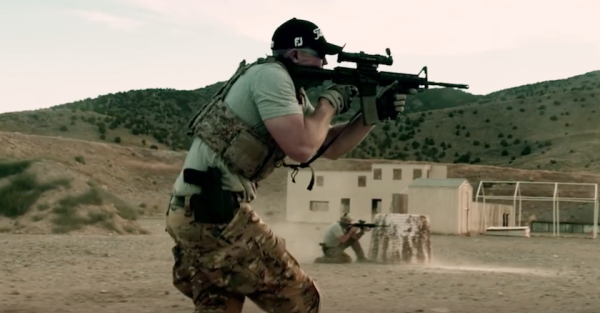 Several years ago, Tim Ballard, who had served as a U.S. government agent for a dozen years, went rogue — but in a good way. While working as a special agent for the Department of Homeland Security, Ballard, a devout Mormon, infiltrated child-trafficking rings by posing as a pedophile. But he grew frustrated by the red tape. So, in 2013, Ballard left the department and started Operation Underground Railroad, or OUR, a private organization that conducts so-called “extraction operations” to free child sex slaves and bring their captors to justice.

Funded almost entirely by donations, the OUR team is comprised of more than a dozen staff members and volunteers, almost all of them ex-military or paramilitary, including former Navy SEALS, Special Forces operatives, and CIA agents. According to Foreign Policy, most of them, like Ballard, are Mormon. So-called brand ambassadors include professional actors, singers, and a “Dancing With The Stars” contestant. Some of them have even participated in operations, which typically entail OUR agents posing as “clients” to bait the traffickers so local authorities can nab them. It’s a motley crew, to say the least, and OUR's mission, as stated on its website, is an ambitious one: “to bring an end to child slavery.”

Human trafficking is one of the world’s fastest growing criminal enterprises, according to the United Nations. A multibillion-dollar industry that spans the globe, and is especially robust in developing countries, trafficking affects an estimated 20.9 million people worldwide, including roughly 5.5 million children, a great many of whom are marketed for sex. According to the advocacy group Free The Slaves, there are more slaves on Earth today than there have been at any other point in history, even at the height of the transatlantic slave trade.

Despite its deep roots in the U.S. intelligence community, and the fact that it works closely with local governments to carry out its missions under deep cover, OUR is not media-shy. In fact, the organization has been meticulous in chronicling its numerous exploits around the world. A disguised film crew is generally present to document the operations with hidden cameras, often in real time, for the purpose of raising awareness and, of course, more donations. Much of that footage will be featured in an upcoming documentary titled “The Abolitionists,”which is set to debut in select theaters across the United States on May 16. Here’s the trailer: