7 Drinks For The True American Patriot

Drink combinations are seemingly endless, but there are a few classic cocktails that either originated in the military, or were... 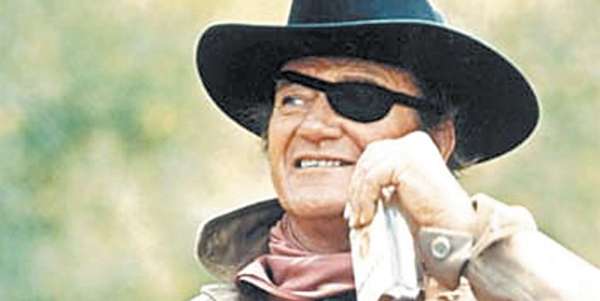 Drink combinations are seemingly endless, but there are a few classic cocktails that either originated in the military, or were created specifically to honor U.S. armed forces. Some drinks have their roots in military history, while others are inherently patriotic.

Whether you’re celebrating a national holiday, or just looking to feel patriotic while sipping a drink, here are seven military-themed cocktails.

The history on this particular drink is fairly scant, but it remains a popular cocktail for celebrating the Army-Navy football game each year. The recipe for this gin drink supposedly first appears in print in David Embury's “The Fine Art of Mixing Drinks.”

Related: What Officers drink at every stage of their careers »

The Cuba Libre has its roots in the Spanish-American War. Allegedly, in August 1900, while celebrating victory at an American bar in Havana, a captain of the U.S. Army Signal Corps ordered a Bacardi with Coke and a lime. The legend states the he proposed a toast, “¡Por Cuba libre!” in celebration of a free Cuba, and thus the drink was born.

A British drink, the gunfire was first mixed by British army soldiers during the 1890s. This cocktail is typically served at breakfast. It is also traditionally served to soldiers in their beds by their officers on Christmas Day at Reveille if they are deployed over the holiday. The Australian version substitutes the black tea for coffee.

Like many of the drinks on this list, the specific history of the sidecar is unclear, but it is thought to have been invented around the end of World War I in London or Paris. It was named for the motorcycle passenger attachment. According to Huffington Post, an anonymous American Army captain who liked to ride in a motorcycle sidecar invented it.

The origins of this drink are unclear, however, it is well known and can be found in several mixology books. Named for America’s national bird, this refreshing cocktail seems perfect for the Fourth of July.

According to Bacardi, the idea behind this concoction was made for the 2nd Ranger Battalion during a cold weather training exercise. The 151 is for warmth, the Red Bull is for the extra energy, and the Jagermeister is for flavor.

There is no real history behind this cocktail, but it is red, white, and blue. And we’re guessing that it will also get you drunk pretty fast.