8 Things In The Back Of Every Veteran’s Closet

When you serve in the military, you inevitably collect a lot of memorabilia. By the time you separate or retire,... 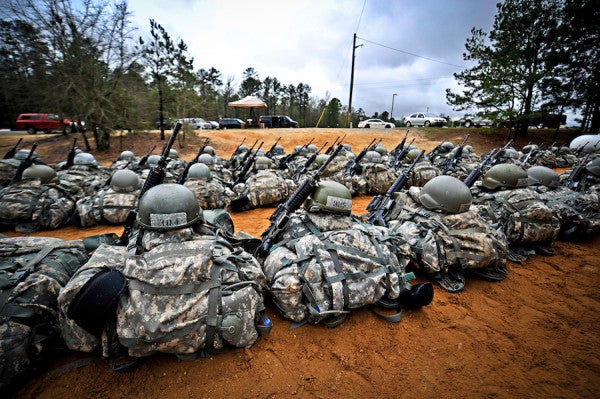 When you serve in the military, you inevitably collect a lot of memorabilia. By the time you separate or retire, you’ve basically got a closet full of military stuff. Some of it you just don’t need anymore — like sock garters … hopefully. But other things you’ll want to keep forever. Occasionally, veterans will make an “I love me” wall. Others just devote space for a box in the attic.

Whatever you do choose to do with your military stuff, here are eight things that veterans never throw out.

It’s been with you since day one. Your flak vest kept you safe in combat, and therefore earned its place in your attic or closet among all your collectibles. Or, according to one veteran, you can keep it in your kitchen because it’s a great conversation starter.

These ones may not actually make it into storage. A lot of veterans still use their ruck sacks after separating. It’s like a backpack, but better. Plus, it’s been through hell and back with you, so why not take it with you on your civilian adventures.

Whether they come from your parents, spouse, or children, letters or pictures are often the only tangible connection to home. While it’s easier to communicate via email or phone now, there is something special about receiving a letter during deployment. Veterans will often keep a box of them stuffed away somewhere in their homes.

The dog tag is one of the most obvious symbols of military service. They are an iconic piece of memorabilia that every veteran has. However, they don’t necessarily make for good everyday jewelry. Still, it’s nice to hang onto them.

The PT belt is a personal favorite among the Task & Purpose staff. Plus, you can never be too safe. Maybe you shouldn’t store this in the closet. In fact, never take it off. Ever. Not even when you shower.

There is nothing that will keep you warmer than a woobie. It’s basically a tactical security blanket. While you certainly won’t need it to protect you from the harsh elements of your house, it still holds a special place in your home. Plus, it’s great for camping.

Perhaps one of the most iconic pieces of military insignia, the American flag patch is the ultimate symbol of service. Though you may not keep the rest of your uniforms, you’d certainly never get rid of the patch.

Nobody knows how to shine a shoe like a veteran. It’s one of the first things you learn to do when you enlist or commission. Even though you don’t have to do it for inspection anymore, why throw out all the tools to do it?

Most veterans end up with a military wardrobe. That is not a reference to your uniforms, however. It’s all the shirts, hats, shorts, or sweatshirts you accumulate over the course of service. Every base you are stationed at, unit you work with, or ship you’re on has its own attire — and as a result you’ll likely never have to buy a t-shirt or baseball hat ever again.