8 Things Only Cadets Understand About ROTC

As the largest commissioning source for officers in the U.S. military, ROTC programs for each branch span across the country.... 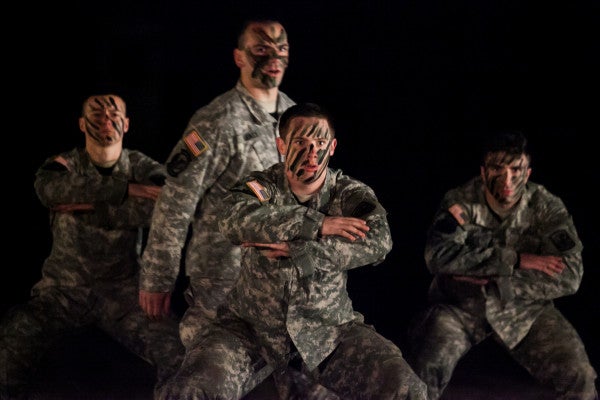 As the largest commissioning source for officers in the U.S. military, ROTC programs for each branch span across the country. Comprised of wise cadre and (usually) enthusiastic cadets, they strive to build effective military leaders out of American college students. However, there are plenty of frustrations and absurdities along the yellow brick road to commissioning. The program’s long institutional history is culminated here into eight genuine aspects of being a cadet in ROTC.

Your family and friends may be wowed by your handsome uniform and commitment to country, but those in the “real” military will not hesitate to remind you that you have it way too good. To them, Cadet Land is a magical place where uniform violations are punishable by a grueling 10 pushups (because anything beyond 10 for punishment is not permitted), where ribbons are given out willy nilly for anything from getting good grades to being physically fit, and where summer training consists of waiting in tents because it’s “too hot outside.” While some aspects of ROTC may seem ridiculous, the efforts of dedicated cadre and a time-tested curriculum results in the production of educated leaders prepared to take on the responsibility of being an officer.

It's not easy to motivate college students to take extra time out of their week to clean up after events, be on color guard for sports games, take inventory of equipment, or reluctantly participate in “ROTC extracurricular activities” such as Ranger Challenge. Many techniques to get volunteers have arisen from nail-biting pressure placed on the senior cadets to get things done. Such techniques include keeping the formation after physical training until enough cadets volunteer for a detail. As the time creeps towards 0800, anxious cadets raise their hands in fear that they may be late for class.

3. You gave up on understanding the accessions process a long time ago.

The criteria for the national order of merit list that decides who should do what and at what cost of time in service (think time commitment traded for a desireable duty location and/or branch) changes often, so it's difficult to figure out what provides a substantial leg up on the competition. When it comes to grade point average weighing in, those unfortunate engineering and top-tier college students get absolutely annihilated. Attending a college with a challenging curriculum and actually treats a C as “average” makes you look terrible on paper, especially when compared to endless cadets who flew through communication courses at a school that distributes As like candy on Halloween. Cadet Command has indicated that it has made efforts to level the playing field through the use of standardized testing, because attempting to weigh GPAs to respective college curriculums would be an unfathomable headache.

4. Cadet Leader Course is the capital of “Cadet Land.”

After four or so weeks moving from muddy tent to muddy tent, you will look back and wonder what the hell just happened. Friends are made, lessons are learned, but by no means is Cadet Leader Course a difficult endeavor. Not to mention, the opportunity to determine if some cadets “need improvement” by CLC cadre is now obsolete. Staying awake seems to be the primary challenge, and distribution of mail is usually the highlight of every day. Oh, and don’t lose your weapon or else thousands of cadets will be forced to dummy cord their own weapons to their belt loops.

We all hear about how physical training is only as difficult as you make it. Some believe that to mean that one should put 110% into the mundane physical fitness routines the Army mandates. Others interpret it as a challenge to be in a questionable condition when showing up to break a sweat. Such a condition is obviously not ideal, but when fear of missing out settles in, not even a seven-mile run will stop people from going out the night before. On the bright side, it’s certain to build some intestinal fortitude.

6. The Ford ROTC vans are your second home.

Any dreams you had of rolling out of your college in a Black Hawk or a convoy of Humvees are very far-fetched. Face it, you’ve developed a bitter but reliant relationship with your battalion’s overpacked Ford van. Getting your own row is like being handed the penthouse room key at the Four Seasons, as long as you try not to think about the seatbelt buckles poking into your back. The only exception is if you're in “that battalion” that miraculously has loads of money to spend despite sequestration to ride in Chinooks to a weekend training event.

Unmeasurable public scrutiny can be avoided using a simple technique: look it up. Such incredible ingenuity often saves otherwise helpless new cadets from being embarrassed by older cadets or cadre. Such a search might hint that on the Army combat uniform, the collar is not velcroed shut on the neck, the American flag is on the right shoulder, boot laces are tucked in, and the U.S. Army name tape should probably not be upside down. Likewise, a quick search might also save your skin when you forget how to properly execute a counter column while practicing drill and ceremony, or write a freaking operations order after it’s been taught thousands of times.

8. The human resources specialist owns you.

There’s no bigger frustration in ROTC than messed up paperwork. If you are not yet “besties” with your human resources specialist, it’s never too late. Anything you can do to help your case is worth the time if you expect to get paid on time with the correct amount, have your last name spelled correctly, or ensure that your paperwork actually makes it to your first unit.