In case you lost all hope in the Department of Veterans Affairs in the United States, just know it could... 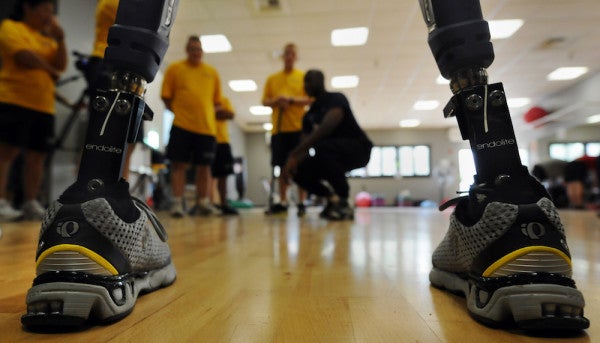 In case you lost all hope in the Department of Veterans Affairs in the United States, just know it could be much worse. Take Canada for example.

Despite the fact that people have not evolved to grow new limbs in place of lost ones, a legless, Canadian master corporal named Paul Franklin must provide adequate proof of his status to his country’s VA annually.

“It’s been 10 years and they still haven’t figured out I’m an amputee,” according to Franklin. “And unfortunately for me, I have to prove that I still have no legs, every year.”

Franklin, who lost both legs below the knee to a suicide bomb in Afghanistan in 2006, is required to inform the Canadian government that his legs are still missing, so that he can qualify for home care services and income assistance from the Canadian VA.

“Every year, there are annual assessments that are done through Manulife, which is the insurance agency that we use, and through Veterans Affairs that you actually prove your condition,” Franklin told CTV News in February.

The issue is one of many reasons the Canadian VA, which relies heavily on a system of complex paperwork, needs to be reformed, according to Franklin.

“It's pretty crazy and it's idiotic. It's degrading to my service,” he added.

He said that his wheelchair has been taken away not once, but twice because of confusion about documentation and which government agency was required to cover his bill.

So the next time the U.S. VA gives you a hard time with your claim, just remember that you could be living in Canada.