So, it's asking commanders what they want to do with it 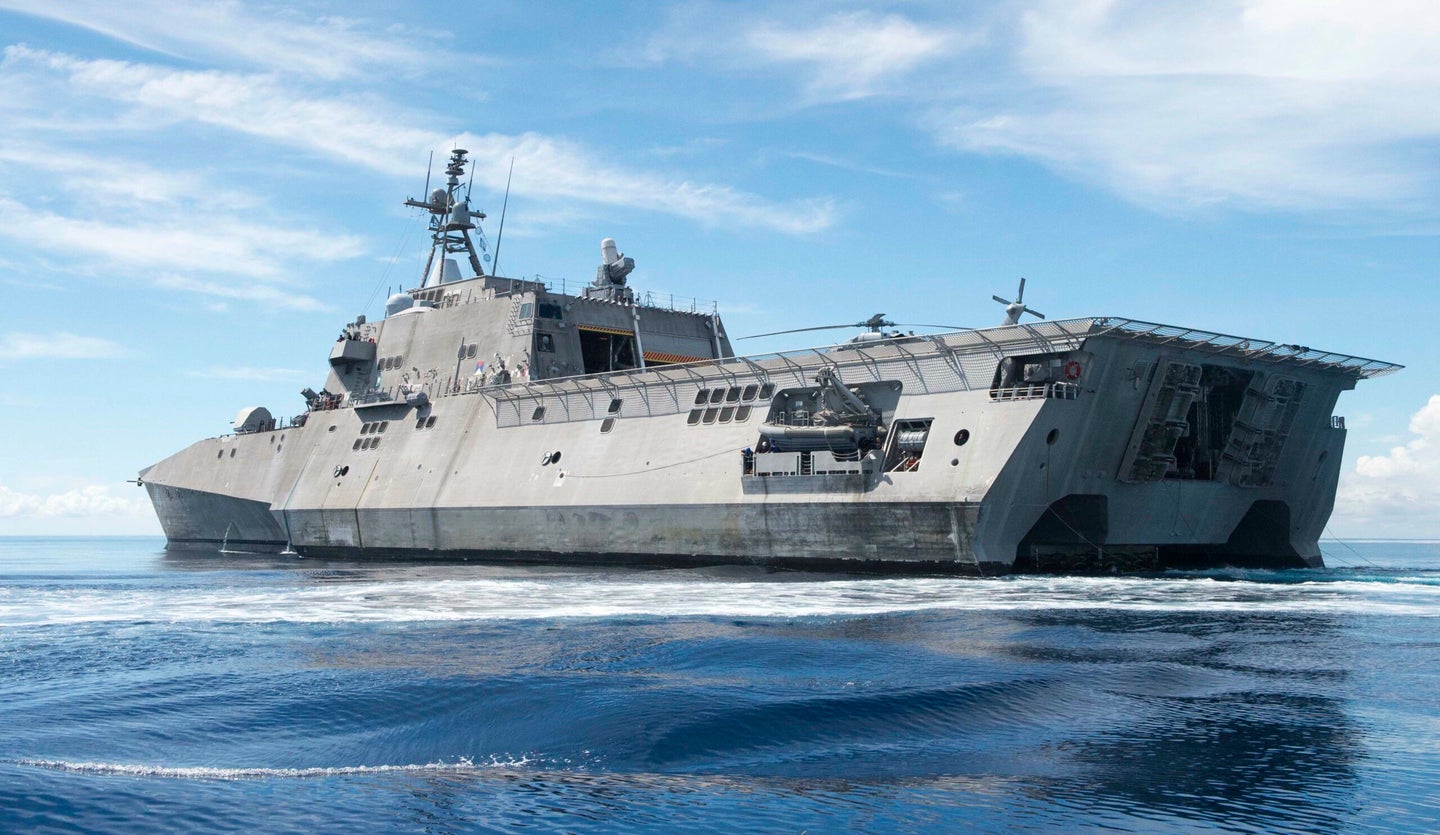 The U.S. Navy’s littoral combat ships (LCS) were designed from the start to be capable of fulfilling a wide range of missions. Whether they have been able to do so over their somewhat less than auspicious time in the fleet is debatable, but now the Navy is taking the crowdsourcing approach.

“We weren’t sure LCS was executing the missions it was designed for. And so we … went out to the number fleet commanders and said, ‘Alright, what do you want it to do? And what missions do you want it to execute based on the environment we’re in now?’” Commander of Naval Surface Forces Vice Adm. Roy Kitchener told reporters in a Jan. 7 media roundtable.

In the early stages of LCS development more than two decades ago, the ship was envisioned as a modular vessel that could perform multiple missions, primarily surface warfare, mine countermeasure and anti-submarine warfare.

The first of these missions – surface warfare – has been successfully fielded and deployed on the ships. The rotary-wing component of the mine-countermeasures mission has deployed with the Navy’s 7th Fleet in the Pacific region, while the ship’s remaining systems are expected to deploy some time in the next year.

From the start, the LCS has been plagued by cost overruns, mechanical failures and less than stellar performance. There are currently 21 ships of both the Freedom and Independence-class commissioned in the fleet, each one built at a cost of roughly $500 million that comes with extremely high operating costs, despite the general lack of, well, operating.

The efficacy of the ship was in question as far back as 2004, when the House Armed Services Committee expressed “concerns about the lack of a rigorous analysis of alternative concepts for performance of the LCS mission, the justification for the force structure sought by the Navy, and whether the program’s acquisition strategy is necessary to meet an urgent operational need.”

In 2018, the Pentagon’s Operational Test & Evaluation office found that “Neither LCS variant is survivable in high-intensity combat,” and in 2020 the OT&E concluded that the ships were significantly lacking in critical defensive capabilities but that the Navy “has accepted the risk of continued operations with a combat system that they have not operationally tested.”

Even so, the ships have continued to be commissioned despite earning the nickname “little crappy ship.”

Among the other potential uses for the LCS identified by the fleet were counter-trafficking and intelligence, surveillance and reconnaissance (ISR) missions.

Meanwhile, the Navy is also developing the Guided Missile Frigate Program, or FFG(X), a ship designed to fulfill essentially all of the missions of the LCS though whether it will is an open question. So if you have some honest feedback on how these ships can be put to better use, let the Navy know. They are open to answers.

Editor’s note: This article was updated after publication with additional information from Naval Surface Forces.