The Navy wants to teach its robot warships to talk 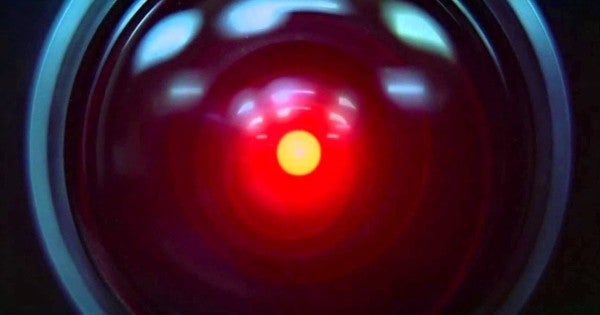 If the Navy gets its way, the service will soon boast a fleet of unmanned warships capable of taking on a variety of missions, from intelligence, surveillance and reconnaissance to surface warfare and strike missions. But there's one critical capability that every single one of those future warships will require: speech.

Well, sort of. The Navy is currently on the hunt for a specialized bridge-to-bridge radio system for unmanned surface vessels that will allow the robot warships to “talk” to other vessels by converting standard VHF transmissions to data and vice versa, according to a
new posting on the Pentagon's Small Business Innovation Research (SBIR) website.

The justification for the system is simple: even the Navy's unmanned vessels have to follow the International Regulations for Preventing Collisions at Sea (COLREGS), which mandate that ship crews acknowledge each other and verbally determine how their vessels will pass one another at sea — something the service's current batch of robot ships simply can't do.

“Current Unmanned Surface Vehicles (USVs) have COLREGS reasoning engines, but they cannot incorporate information from Bridge-to-Bridge conversations, nor can they reply to simple maneuver proposals,”
according to the SBIR posting. “Component technologies exist to convert voice signals to text, to convert text to meaning, and to maneuver unmanned vessels to avoid collisions while following COLREGS.”

The solution to this problem, then, is to integrate all of these component technologies into a system that will allow an unmanned vessel to “talk” over radio, capable of both recognizing and delivering common messages like, say, “Sea Hunter, this is Sun Princess; propose a port-to-port passage,”
per the SBIR posting.

Sea Hunter, an entirely new class of unmanned sea surface vehicle developed in partnership between the Office of Naval Research (ONR) and the Defense Advanced Research Projects Agency (DARPA), recently completed an autonomous sail from San Diego to Hawaii and back

Phase III of the project will see the prototype system, if proven effective, transition into active use by the Navy as “a final end-to-end system that enables a USV to perform like a human mariner, particularly in its use of the VHF Bridge-to-Bridge radio for negotiating maneuvers in situations involving three or more vessels,”
according to the SBIR posting.

The SBIR posting came just days before the head of the Navy's Fleet Forces Command reportedly called on the service “to develop a concept of operations” for medium and large unmanned surface vessels, Defense News
reports, part of the service's newfound push for a 355-hull fleet within the next decade.

Ensuring that robot warships can obey international maritime law and avoid collisions with passing vessels sounds like a great idea. Let's hope that the system doesn't sound as creepy as HAL 9000 from
2001, though: