As if you needed more proof that the U.S. military is absolutely a part of the Galactic Empire and not the Rebel Alliance 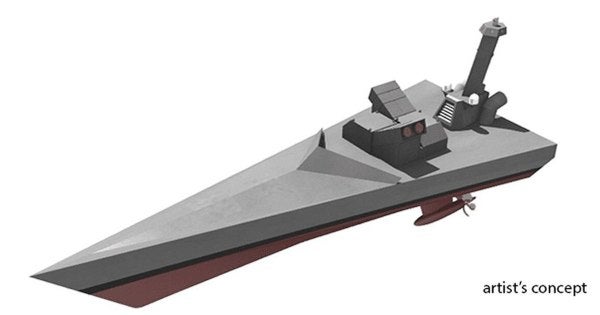 As if you needed more proof that the U.S. military is absolutely a part of the Galactic Empire and not the Rebel Alliance: the Pentagon is eyeing a new robot warship that looks like something straight out of a galaxy far, far away.

A new project within the Defense Advanced Research Projects Agency is currently working to advance the Navy's broad goal of fielding a fleet of unmanned surface vessels to counter Russia and China on the high seas, C4ISRNet reports.

While the program, called NOMARS (as in “No Manning Required, Ship,”), is separate from the Navy's current $1 billion push to produce batch of unmanned surface vessels, DARPA's program would reportedly seek to rapidly mature the technology beyond the service's existing capabilities.

“NOMARS is going and looking at ‘Can I take people completely off ships,’” DARPA Tactical Technology Office chief Mike Leahy told C4ISRNet. “That’s a risky endeavor. We don’t know if we’re going to be able to do that. We don’t know if that’s going to pan out.”

Of course, DARPA has already fielded an advanced autonomous USV in the form of the Sea Hunter, but to achieve a revolutionary advance in the technology, DARPA plans on going with a radical new design for its next-generation robot vessel.

“NOMARS will challenge the traditional naval architecture paradigm, designing a seaframe from the ground up with no provision, allowance, or expectation for humans at sea,” according to a DARPA solicitation posted in January.

The Navy envisions each LUSV as between 200 feet and 300 feet in length and having full load displacements of 1,000 tons to 2,000 tons, about the size of a corvette, according to a recent Congressional Research Service report on the subject.

According to the CRS report, the Navy wants LUSVS to be “low-cost, high-endurance, reconfigurable ships based on commercial ship designs, with ample capacity for carrying various modular payloads—particularly anti-surface warfare (ASuW) and strike payloads, meaning principally anti-ship and land-attack missiles.”

In January, the head of the Navy’s Fleet Forces Command directed the service's surface force to develop concepts for incorporating LUSVs and their medium-sized counterparts into individual afloat units, per Defense News.

As for the Navy's involvement in DARPA's NOMARS testing, the service has been looped into current efforts “so that we can make sure that information is flowing,” Leahy told C4ISRNet. “But we will reserve the right to take risks that may not be in the direction they want to go. Because sometimes learning what does not work is even more valuable than what does.”