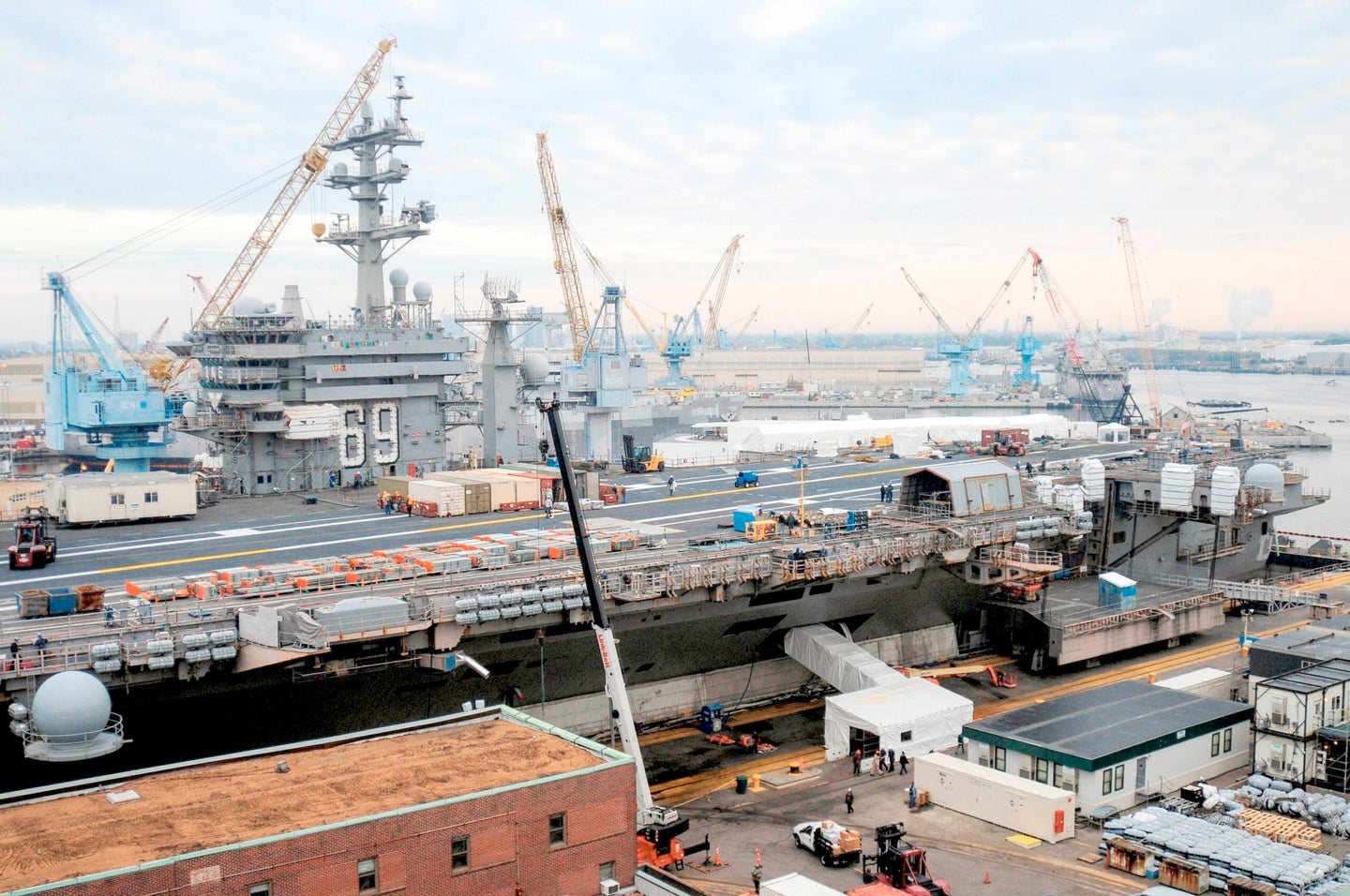 The U.S. Navy wants more ships over the next 23 years, and more than 100 new vessels will be without crews. That’s the plan for the service according to the latest assessment from its chief of operations. Adm. Mike Gilday laid out the Navy’s goal for the fleet’s growth by the year 2045, and one of the biggest plans is to have almost a third of all vessels being uncrewed. It would be a significant overhaul to the U.S. Navy, and the plan hints at how the Navy anticipates future conflicts going.

The Chief of Naval Operations Navigation Plan 2022 assessment lays out an ambitious plan to grow the American combat fleet, nearly doubling it from roughly 300 current combat ships to 523 in less than a quarter of a century. U.S. Naval Institute News first reported on the plan. It comes from Adm. Mike Gilday, Chief of Naval Operations, and part of the fleet expansion proposal is to add 150 robotic, uncrewed vessels, to serve a variety of purposes.

The plan notes the strategic need to adapt to more advanced threats.

“Strategic competitors and non-state actors are gaining access to cutting-edge technologies that enable them to threaten American interests and national security,” the plan says early in its assessment of the security situation. “Artificial intelligence, ubiquitous sensors, unmanned systems, and long-range precision weapons are proliferating globally, making contested spaces   more transparent and more lethal, and transforming how navies will fight in the future.”

That situation is in part what is driving the need for more uncrewed vessels. The robotic portion of this planned fleet would be a mix of surface vessels and submarines, remotely controlled. Some could be used for surveillance, others as weapons platforms. The Pentagon has been exploring adding more drones and uncrewed equipment to its arsenal, from robotic ships to long-endurance drones. The call for robotic ships might also be a long-term strategy for the Navy to get around the recruiting issues currently plaguing the Navy and the U.S. military as a whole.

The proposed realignment of the Navy comes as the United States is participating in the Rim of the Pacific naval exercise with 25 other nations. Some early robotic ships are a part of the deployment. Although not explicitly designed as an exercise against China, this year’s RIMPAC is seen as both preparation for and a warning against Chinese aggression in the Pacific. China’s navy has also been growing and the Pentagon has been developing strategies to counter it, both in dealing with aircraft carriers and a modern island hopping campaign. The NAVPLAN explicitly names China in its security assessment and says the plan would help counter Chinese influence in the region.

It also comes as the Navy is dealing with adjustments to its current fleet. Adm. Gilday was on Capitol Hill earlier this year discussing a proposed White House military budget with Congress. For instance, Navy as a whole has been looking to do away with some of the littoral combat ships in its fleet.

Other elements in the plan include adding another aircraft carrier and a dozen more submarines.

The new 2045 plan is bigger than one put forward under a different administration. In 2020, then Defense Secretary Mark Esper laid out a plan that would feature 500 ships, including at least 140 uncrewed ones used for a variety of purposes.