A top civilian scientist working for the Air Force allegedly got a colleague to hire a prostitute for a job she was not qualified for on a propulsion research team. 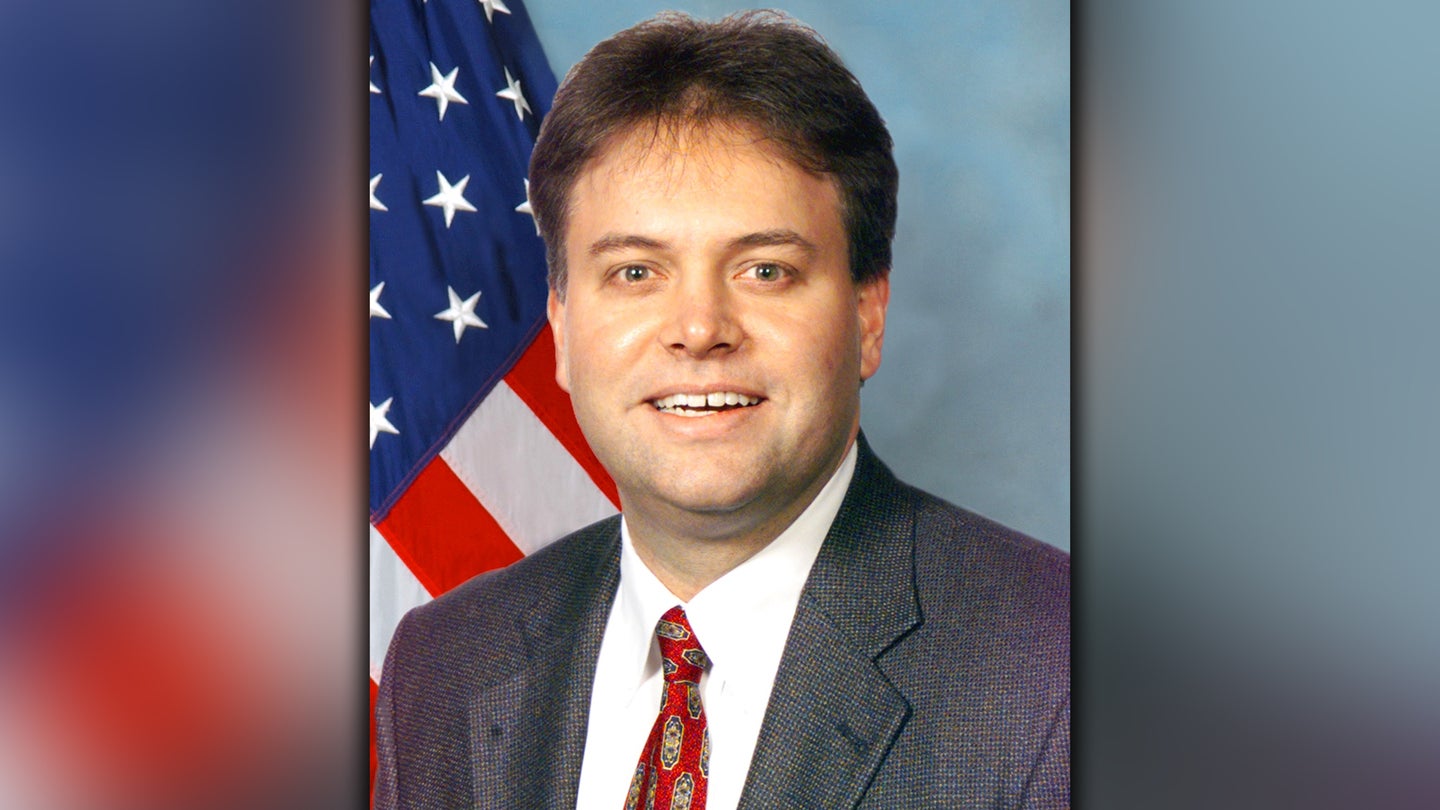 A top civilian scientist working for the Air Force allegedly convinced a colleague to hire a sex worker as an administrative technician involved in military propulsion research, according to a warrant unsealed Monday by the U.S. District Court for the Southern District of Ohio. The scientist also allegedly threatened to kill his colleague and himself; split a government contract to pay the sex worker’s salary; and may have solicited 27 female escorts in different cities across the U.S., many of whom “were foreign nationals from countries considered U.S. National Security concerns,” the warrant read.

The story, which was first reported by The Daily Beast, is the latest sex-related controversy to unfold at the Air Force Research Laboratory, located at Wright-Patterson Air Force Base, Ohio. In April, the former chief of the laboratory, Maj. Gen. William Cooley, became the Air Force’s first general to be court-martialed after being charged with three counts of sexual assault against his sister-in-law. Cooley was found guilty of one specification of the charge and sentenced to a reprimand and a forfeiture of $10,910 per month for five months.

Like Cooley, Gord had an important role at the Air Force Research Laboratory. Gord’s research “has produced myriad fundamental technology breakthroughs in burst-mode laser measurement systems that enable scientists and engineers to better understand the performance of real-world air-breathing and rocket engines,” according to a 2016 Air Force press release. He also played a key role overseeing government contracts awarded the company Spectral Energies, which provided “unclassified laser imagining [sic] of turbine engines” for the laboratory, according to the search warrant. Gord passed away last September, according to an obituary linked by The Daily Beast. The obituary did not state a cause of death.

The trouble for Gord seemed to start in 2017 when the scientist lost his father to suicide and he experienced “severe depression as a result,” said the search warrant, which was first filed in December 2019. A short while later, the owner of Spectral Energies, Dr. Sukesh Roy, told Gord he was looking to hire an administrative technician. Roy and Gord went way back — the company had contracted with the Air Force Research Laboratory and the Air Force for about 17 years, and though Gord was officially the senior research scientist over Spectral-supported technology and was responsible for the contract funding Roy’s research, the two men were friends as well. Gord told Roy that he had met “a young professional” while flying to Washington D.C. who he thought would be a good fit at Spectral, had technical expertise, and was “also really hot,” he said, according to the search warrant.

Convinced, Roy hired the woman into the position in November 2017, but he soon became frustrated with the woman’s “lack of capability in the position,” the search warrant said. For example, the new hire “did not fully understand how to use basic word processing and document creation software, and struggled to formulate coherent interoffice emails,” the warrant read. She also “failed to provide her college transcripts as requested” and Roy learned her resume was also filled with false degrees and qualifications. Roy confronted Gord, who allegedly confessed the woman was a prostitute he had met in Cincinnati, one of 27 sex workers in cities around the country whom he had reportedly solicited while on official U.S. government travel and whose names he listed in a spreadsheet on a government-issued laptop for personal reasons.

“Gord told Roy he would take out cash advances against his government travel card to pay these women so that the family finances were not visibly affected,” the warrant explained, adding that Gord did not want his wife or children to know about his relationships with the women.

The government had quite a bill to pay. According to the warrant, Gord allegedly paid the Cincinnati woman “400 dollars an hour for various sexual acts,” and had fallen in love with her, a feeling he described as mutual. The warrant said the two had sexted each other on Gord’s government-issued iPhone. The investigation found that the woman had also “engaged in acts of prostitution” near Wright-Patterson Air Force Base, including with other civilian employees such as “Dr. I. K,” a ballistic missile systems scientist who Gord said had paid the woman “approximately $20,000 per year to clean his residence in the nude and then perform oral sex on him,” according to the warrant.

Despite the woman’s lack of a scientific background, Gord allegedly urged Roy to involve her more with the technical research Gord oversaw in Spectral’s contracts, even asking for her name to be included in future white paper publications and asking Roy to make the woman the company’s representative on any Air Force Research Laboratory temporary duties. Roy refused both requests and expressed “his ethical concerns” about Gord’s relationship with the woman, asking him to “cease all contact with her,” according to the warrant. This allegedly angered Gord, ending the discussion. Roy met with a lawyer to try to fire the woman, but the lawyer advised him to wait until the one-year review period in November 2018 to avoid potential liability.

When Gord found out that Roy planned to fire the woman, whose name was not revealed in the redacted warrant shared by The Daily Beast, he flipped out, allegedly saying that if Roy “leaked” the knowledge of Gord’s relationship with her, he would “come to Building 5 with one of his many guns to ‘end it all,’ which Roy took to mean that Gord would kill Roy and then himself, the warrant said.

“Gord also reminded Roy, of Bangladeshi ethnicity … that as Roy was an immigrant the ‘old boy’s club’ at AFRL would never believe Roy if he disclosed the information about a scientist as well respected as Gord,” the warrant said.

In October 2018, about two weeks before her one-year review, the woman allegedly told Roy she was resigning from Spectral Energies to work for its competitor, Innovative Scientific Solutions Incorporated, that she was being cited as a technical research assistant on a pending ISSI publication and that she would be traveling with Gord to scientific conferences on ISSI’s behalf, the warrant wrote. At around the same time, Spectral was due to receive a renewal of its regular $250,000 research grant from the Air Force Research Laboratory, only for Roy to find out that Spectral would receive only $150,000, with the rest going to ISSI. Gord was responsible for the decision, and it was the first time in years he did not allocate the entire research budget on Spectral, the warrant said.

Investigators also said they found an audio recording Gord made with his government-issued iPhone in which the scientist allegedly said he would move funds from Roy’s contract to ISSI to pay the woman’s salary “if push comes to shove,” according to the warrant. Over the next few months, colleagues told Roy that Gord was introducing the woman to professional circles as a research assistant and that Gord had allegedly arranged for her to chair a scientific panel at an upcoming Research and Applications of Photonics in Defense conference as a technical expert.

Roy first told Air Force investigators about the situation in March 2019, where he expressed concern that Gord was “engaging in unethical contract negotiations, had communicated threats of violence, and was regularly soliciting prostitution” while on base and while traveling on official Air Force business. In April, investigators searched Gord’s office, finding a desk drawer with a box of Trojan condoms, a pair of female underwear and empty pill bottles for treating erectile dysfunction with Gord’s name on the prescription.

Emails between Gord and the woman showed that Gord taught her “how to interact with scientists” and encouraged her to develop a strong “backstory,” including degrees in biochemistry and art history from various universities. In August, investigators also found an Excel document on Gord’s government laptop titled “Burner Log,” which contained text-messaged content between Gord and 27 different female escorts across the country from June 2015 to November 2018. The warrant said that many of the 27 women were foreign nationals from countries considered U.S. national security concerns. Investigators also found screen captures of several women’s profiles, including nude and lingerie photos and their hourly rates.

Investigators filed the warrant to request a search of Gord and the woman’s Google and Yahoo! email accounts for more information. The investigators said the following federal offenses may have been committed: prostitution near military and naval establishments; false, fictitious or fraudulent claims; embezzlement/misuse of government property; false statements; extortion by officers or employees of the United States; ethnic intimidation; and aggravated menacing.

According to court records, the search warrant involving Gord and the woman appears to have terminated in October 2020, and there were no related cases on file.

Update: This story has been updated with a statement from the Air Force Research Laboratory about the closing of Gord’s case.