The lieutenant colonel was relieved “due to a loss of trust and confidence in his ability to lead.” 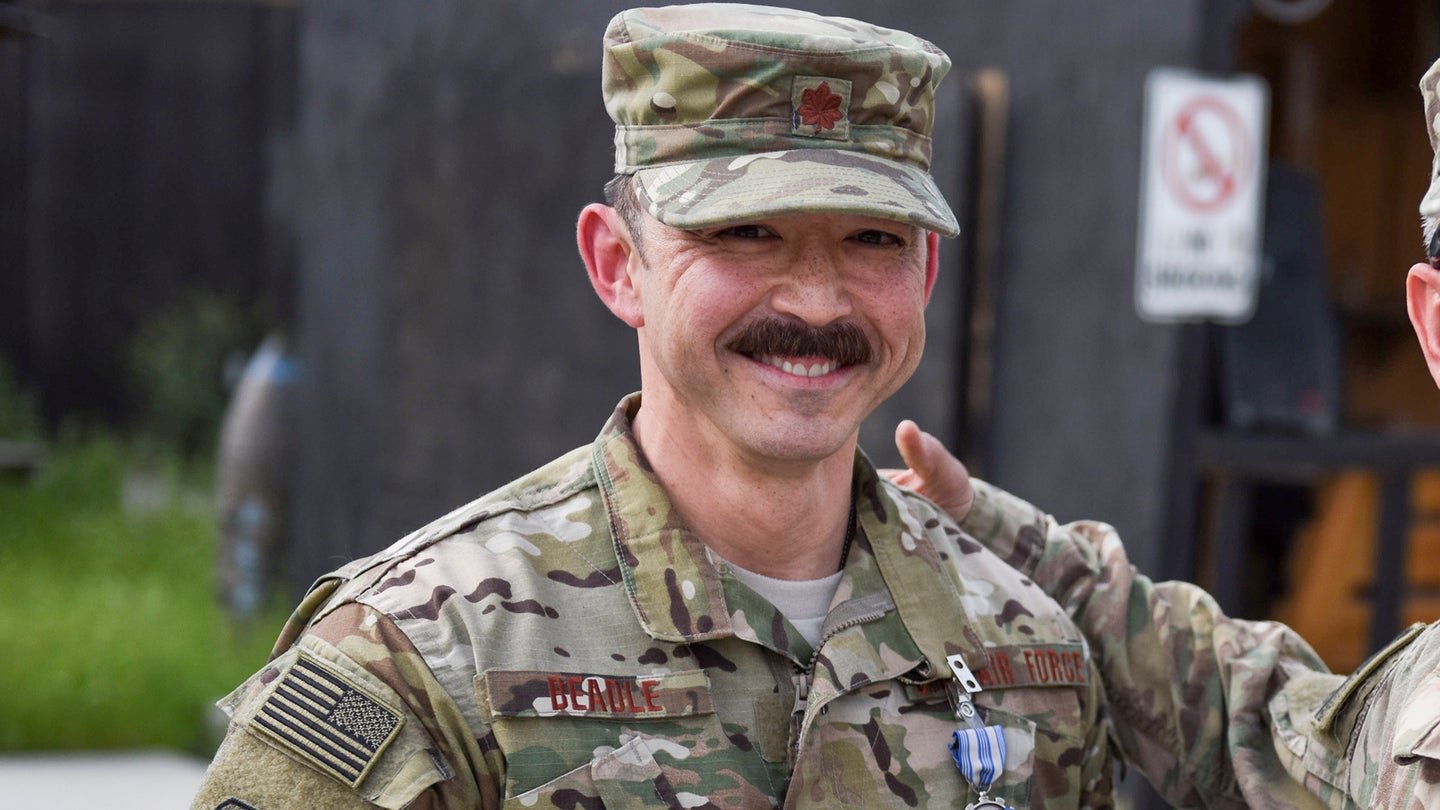 Then-Maj. Kenneth Beadle, a physicians assistant from the 455th Expeditionary Medical Group, after being awarded the Air Force Achievement Medal for his part in the recovery of wreckage from an F-16 crash, which took place March 29, 2016 outside Bagram Airfield, Afghanistan. (Capt. Bryan Bouchard/U.S. Air Force).
SHARE

The commander of a New Mexico-based Air Force special operations medical unit was relieved of command on Monday after a year and two days in the position. Lt. Col. Kenneth Beadle, who took the helm of the 27th Special Operations Medical Readiness Squadron at Cannon Air Force Base on July 9 2021, was relieved on July 11 “due to a loss of trust and confidence in his ability to lead,” a spokesperson for the Cannon-based 27th Special Operations Wing told Task & Purpose.

“The decision was reached after leadership carefully considered inputs and observations made throughout his one-year as commander,” said Misty Mercado, a member of Cannon’s public affairs team.

“The 27 SOW is committed to maintaining good order and discipline by holding leaders accountable to Air Force standards and expectations,” Mercado added. “It is important that all leaders foster a unit culture built on our service core values.”

When asked if an investigation was being conducted into the matter, Mercado said that the wing “is currently determining the best way forward to address the situation. As a matter of privacy for the individual, no further details will be provided at this time.”

Being relieved after a year in command of a squadron is an unusual event for Air Force officers. Most tours of command last two years before the officer is transferred to another assignment.

When Beadle took command of the squadron last July, Col. Robert Woolley, commander of the overall group, pointed out Beadle’s nearly 30 years of experience in Air Force medicine. The lieutenant colonel first rose through the enlisted ranks as a medical technician and was selected for the “highly competitive inter-service physician assistant program,” Woolley said.

“Never leaving well enough alone, Ken has vigorously and voraciously pursued educational and professional opportunities, always returning to the field to ensure that our Air Force and sister services reap the benefits of his considerable skills and knowledge,” the colonel continued. “We are indeed fortunate to have secured such an accomplished officer.”

Update: An earlier version of this story described Lt. Col. Beadle as a doctor and an emergency room physician in a photo caption provided by the Air Force. The caption has been corrected to reflect that he has a Doctorate of Science in Physician Assistant studies in Emergency Medicine.