The service is moving away from the past and training for future operations against China and Russia. 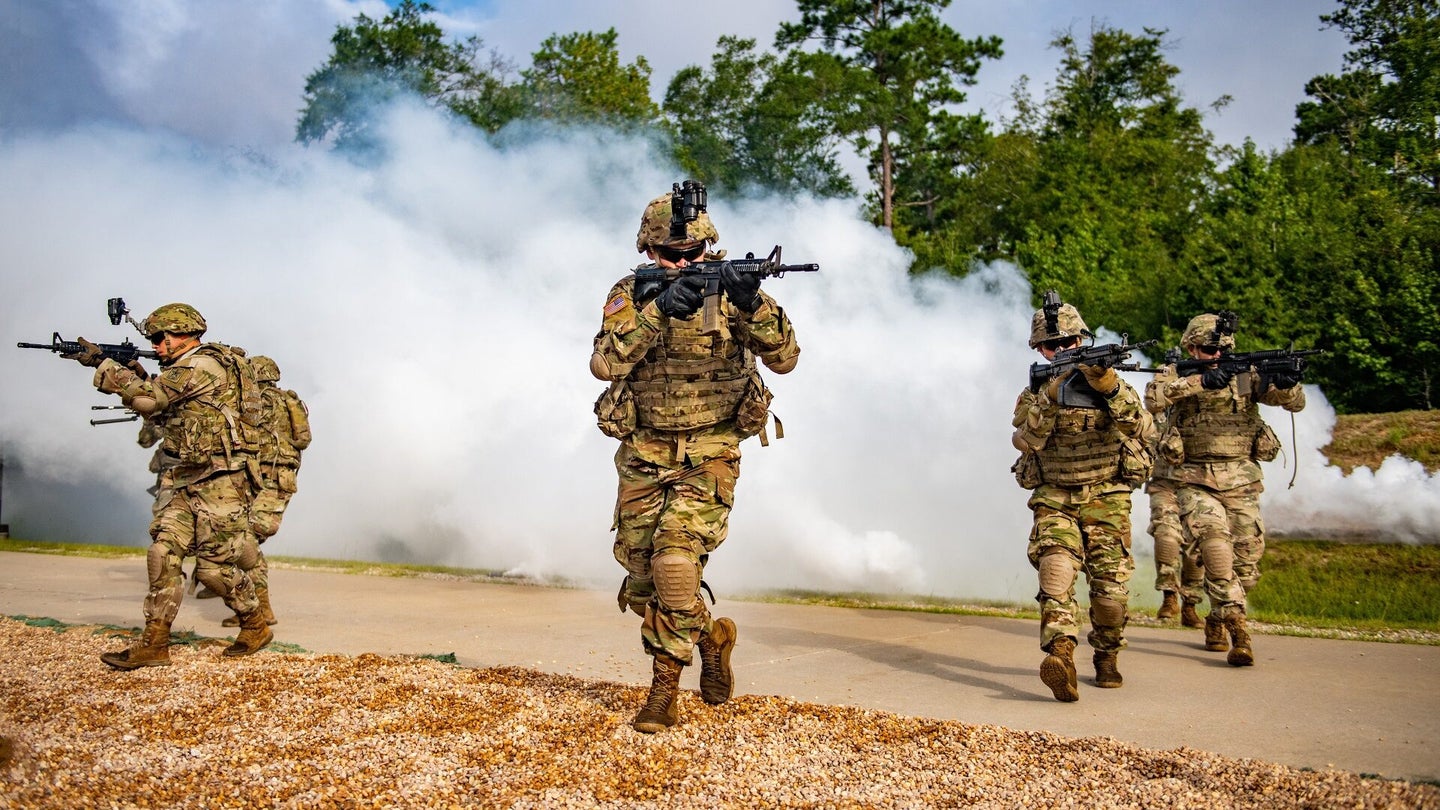 For several years, the U.S. Army has been considering how to better prepare its leaders and formations for large-scale combat operations (LSCO) against peer and near-peer threats. As an Army officer with over four years in Iraq, Afghanistan, and the broader Middle East, I appreciate the challenges of transitioning a force well-trained and educated in counter-insurgency operations (COIN) to one capable of fighting and prevailing against threats like Russia and/or China. The Maneuver Captains Career Course (MCCC) at Fort Benning, Georgia, the Army’s premier school for educating its officers in tactics and planning, has made revising its course curriculum to fully teach LSCO and competition with China and Russia its top priority. MCCC is building a fully-aligned LSCO curriculum by redefining our operational environment, focusing on the division (DIV) as the unit of action, and considering expansion opportunities within multi-domain operations (MDO) to develop the Army’s next generation of maneuver leaders to fight and win in LSCO.

In January 2021, the Maneuver Center of Excellence (MCoE) Commanding General, Major General Patrick Donahoe, directed MCCC to prioritize revising and reorienting its curriculum to better reflect LSCO and competition with China and Russia. As the proponent for MCCC, my team and I thoroughly analyzed our curriculum and found that while MCCC had certainly made incremental transitions toward teaching LSCO, many vestiges from our experiences in Iraq and Afghanistan stubbornly remained in the curriculum.

Several of our key scenarios were still geographically located in Iraq or Western Asia, tethering ourselves physically and cognitively to the Middle Eastern region and its arid terrain. Furthermore, we found the adversaries in our training scenarios were outdated and varied considerably, ranging from insurgent and/or hybrid groups, to barely near-peer militaries. Conspicuously missing were belligerents with the capabilities of today’s Russian and Chinese militaries. Finally, MCCC instruction oriented on the brigade combat team (BCT) as the unit of action with an abundance of air assets and enablers operating in a largely uncontested environment – again, not reflecting the real competition with peers and near-peer threats we should expect. For MCCC, our path to adopting a fully LSCO-aligned curriculum would begin with redefining the operational environment our instruction was meant to center on.

As an immediate fix, my team completely changed the threat, removed host-nation forces, and allowed for more permissive use of direct and indirect fires. Looking to the future, our new urban scenario being constructed will revolve around a higher density of units fighting with combined arms as part of a larger division operation. The scenario will focus on key terrains like bridges, rail hubs, airfields, and major lines of communication needed to continue the advance — all while facing a very lethal peer threat. The intent is to create a scenario that forces students to think through what makes urban operations so difficult: canalizing terrain that breaks up formations, degraded capabilities of many weapons systems, difficulties in massing combined arms, and higher casualties, resource consumption, and command and control challenges. Considerations and mission variables such as these will push our students beyond COIN tactics and will provide the foundation and framework to apply the proper scope, size, and intensity to our LSCO scenarios.

Orienting on the Division as the unit of action

When students graduate from MCCC, few go directly into company or troop command. Most will find themselves planning tactical operations as part of a BCT or battalion (BN) staff. As such, over a third of MCCC’s 22+ week curriculum aims to fuse the foundational tactics learned in MCCC’s first 11 weeks with planning BCT and BN-level operations using the Army’s military decision-making process (MDMP). As of late 2019, the BCT remained the unit of action for MDMP training and education at MCCC while the rest of the Army was adjusting to LSCO and the DIV as the unit of action. At MCCC, it was time to expose our students to the DIV as the unit of action and also an overall adjustment to our instructional approach for MDMP.

I am more than occasionally asked how MCCC is teaching captains multi-domain operations (MDO) and cross-domain maneuver (CDM). This often leads back to a more fundamental question: what does a young captain need to know about MDO and CDM? It is a good question and I will describe briefly what we teach now and outline some growth opportunities for our curriculum in 2022 to improve our LSCO orientation. In short, MCCC currently focuses on the land and air domains as expected, but it does introduce concepts of the space domain and electro-magnetic spectrum (EMS) in large-group classes and at a surface level in BCT and BN planning.

Competition with China and Russia is here to stay for the foreseeable future, and this requires an institutional shift towards better understanding and training for LSCO. As I write this, Russia continues its war in Ukraine, and the United States continues to push more troops and arms to Eastern Europe to bolster our Allies. While transitioning our Army to a fighting force more capable of prevailing in an LSCO contest will not happen overnight, MCoE and MCCC play a vital role in preparing future generations of Army leaders to fight and win the next war. Our key is to remain agile and dynamic in our curriculum and instructional approach, with our foot on the gas – willing to adjust and adapt for the future fight.

Lieutenant Colonel John Dolan is an active duty Army Officer with 17 years of experience and currently runs the Maneuver Captains Career Course at Fort Benning, Georgia. LTC Dolan has primarily served in Armor and Cavalry assignments and has deployed extensively to Iraq, Afghanistan, and the broader Middle East.