A rocket mysteriously crashed on the Moon. The military intel world has no idea who sent it

The truth hopefully is out there. 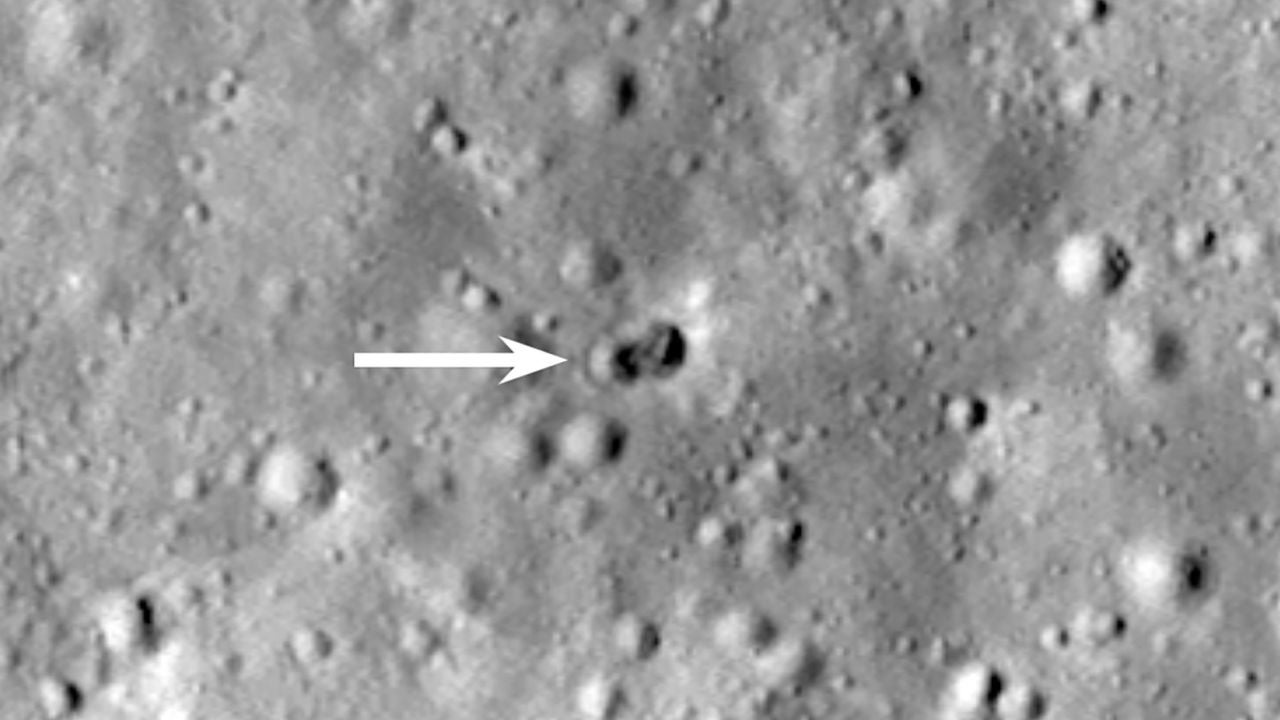 The strange double crater on the Moon was made on March 4, but NASA only was able to document it in May. (Image courtesy NASA/Goddard/Arizona State University).
SHARE

Imagine, if you will, a rocket crash on the lunar surface. The crash site is peculiar, unlike others. The rocket itself comes from an unknown place. It’s not The Twilight Zone, it’s reality. This past month NASA revealed that a rocket of some kind crashed into the Moon, with a strange impact crater.

On June 24, NASA released images of the lunar crash site, taken by the Lunar Reconnaissance Orbiter in May. According to the space agency, whatever did hit the Moon’s surface did so on March 4, after being detected on a trajectory with the Moon in late 2021. The Moon is covered in craters, several from past rocket component impacts, but this new one is unique because it’s two separate, overlapping points of impact. Whatever hit the Moon did so in a way that made an 18-meter crater overlapping a 16-meter one. As NASA noted, that implies that each end of the rocket had a large amount of mass, uncommon for these kinds of impacts.

But no one knows where the rocket came from. NASA is able to say the rocket was at least in space late last year, on its way to a hard crash with the Moon. But as to who sent it or why? That’s a mystery. And outside of NASA, U.S. Space Command, Space Force, even the wider Department of Defense, all are quiet. There are theories but nothing is confirmed.

“Since the origin of the rocket body remains uncertain, the double nature of the crater may indicate its identity,” NASA said in its statement.

And no, it’s likely not aliens. This isn’t Independence Day.

Why doesn’t NASA know? It’s NASA, plus the Moon is relatively close. The United States and its allies have satellites, telescopes and enough tracking software to keep an eye on what is going into space and from where. Rocket launches are traceable – every time North Korea tests out a ballistic missile the intelligence and military world is pretty quick to identify the path, range and possible launch point. This particular incident looks like a job for Space Force. The service branch has guardians monitoring satellites and rockets in lower orbit and keeping track of their paths. The Moon is a bit farther out, but Space Force is looking to expand its patrols farther out. But so far, Space Force isn’t saying anything.

So why is the origin of this rocket unclear? Different branches of the military and government have historically been rivals or at odds, but rocket launches cross over different areas and seem like the kind of topic that would prompt information sharing. Dozens of pieces of rockets, from boosters to other components, have impacted onto the lunar surface. In 2009 NASA even intentionally bombarded the Moon as part of an experiment looking at potential water on the satellite. But this case appears to be more accident than experiment.

There is a likely theory however. The March 4 crash was reported on at the time. The leading theory from scientists is that it was the third-stage rocket booster from the Chinese CHANG’E 5-T1 rocket, which launched in 2014. The 18th Space Control Squadron, which handles space satellite tracking had initially reported the rocket booster as burnt up, but has since changed its status to still in orbit. In March, the squadron gave a statement to The Verge, saying that the rocket piece had not de-orbited but it was unclear if that was what hit the lunar surface.

So is the Chinese rocket the source of this weird double crater? Space watching officials have yet to confirm or deny the theory. Neither the 18th Space Control Squadron nor the wider Space Force have commented on NASA’s images and releases as of press time. But if it was the CHANG’E 5-T1, how it created the double crater is also unclear.