The idea of space-borne resupply pods may seem like something out of a science-fiction yarn, but it's actually closer to becoming a reality than you might think, according to U.S. Transportation Command officials 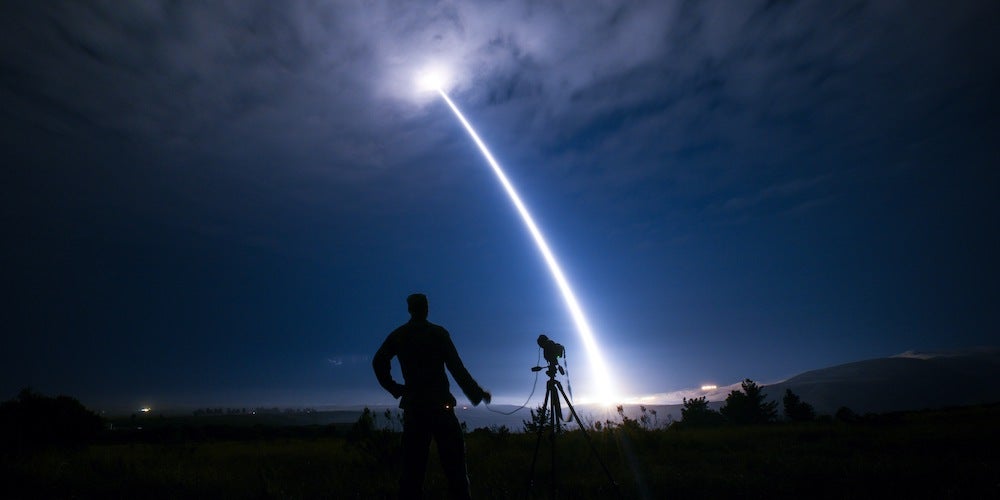 Imagine this scenario: You’re deployed to some godforsaken hellhole downrange, in desperate need of additional ammo and chow. You call your superior officer for a very special airdrop: with approval from the U.S. Transportation Command, your cargo is launched into low earth orbit in a rocket-assisted payload. Within an hour, voila — fresh 5.56mm rounds and some delicious pizza MRE, ready to refresh your arsenal and renew your spirit.

The idea of space-borne resupply pods may seem like something out of science-fiction but it could someday be a reality for troops downrange, according to Army officials.

Related: SpaceX plans to test a 7,500-mph rocket that could deliver weapons to troops downrange

Another aerospace company, Exploration Architecture Corporation, is also part of the research agreement, according to Business Insider.

The relevant players in the defense industry are “examining the use cases, technical and business feasibility, and concepts of employing space as a mode of transportation supporting TRANSCOM’s role as the Defense Department’s global logistics provider,” the command said in the release

“Think about that speed associated with the movement of transportation of cargo and people,” Lyons said at the time. “There is a lot of potential here.”

The next steps in assessing a potential space logistics capability are scheduled to start next year while Transportation Command “continue[s] leveraging collaborations with industry and fellow combatant commands to enable a long-range, point-to-point, proof of concept trial in 2021,” according to the Army.

“I’ve seen how fast some commercial space transportation providers are developing game-changing capabilities, and a 2021 proof of principle to deliver, perhaps, humanitarian assistance somewhere around globe, on a rocket transport mission, is well within the realm of possibility,” Lyons recently said.

The long-term goal is to develop a space transportation prototype that may allow TRANSCOM to supplement its air, sea, and land logistics operations within the next five to 10 years. Whether that timeline to achievable under the current research agreement with SpaceX remains to be seen.

“I had no sense for how fast SpaceX was moving, but I’ve received their update and I can tell you they are moving very rapidly in this area,” Lyons previously said.

One thing is clear, however: rocket cargo is some total Starship Troopers shit and I am here for it.