The DoD and SpaceX are teaming up to send huge payloads of troops and gear anywhere on earth in an hour. Would you like to know more? 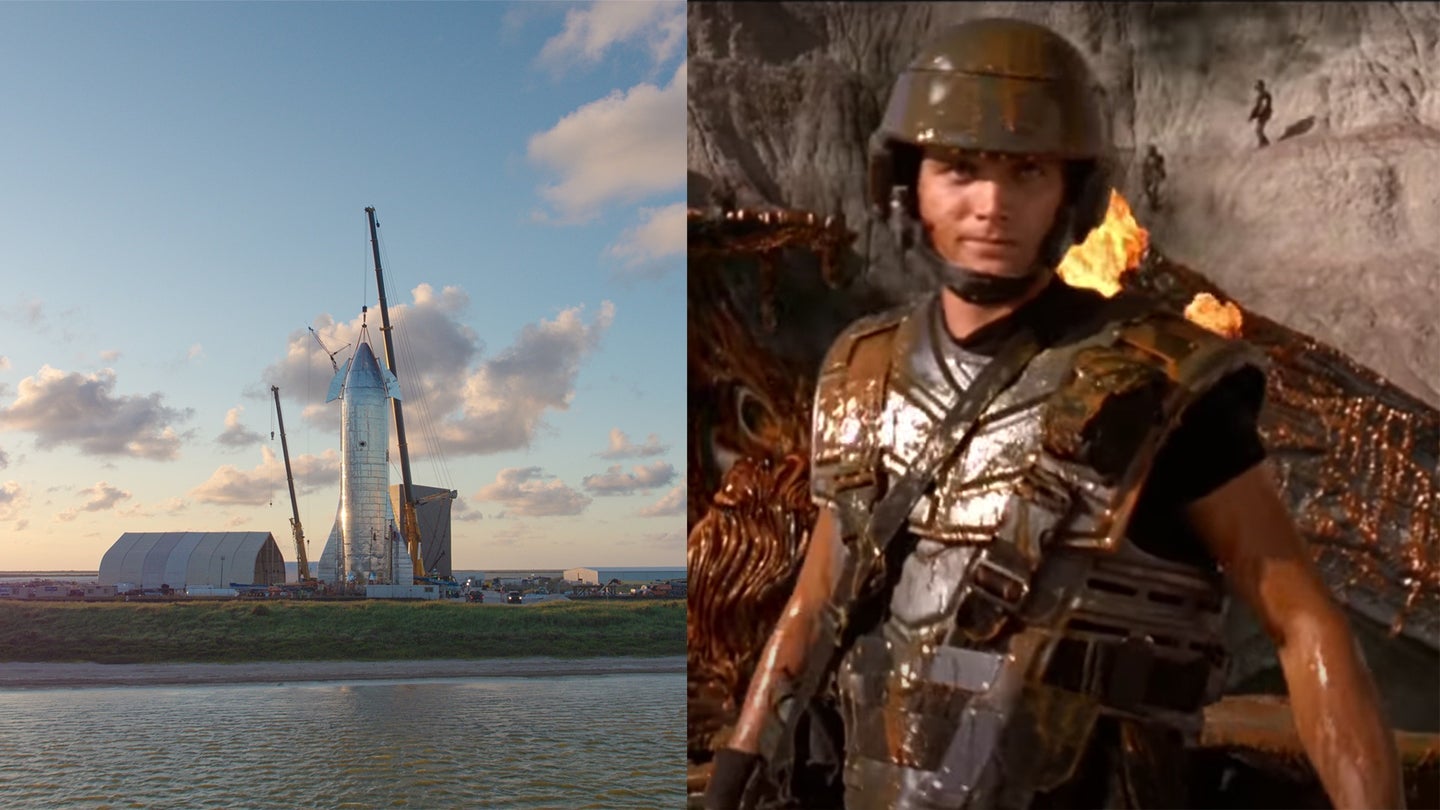 The Army’s 82nd Airborne Division has the Immediate Response Force, meant to be able to deploy anywhere, anytime, around the world in under a day. It has seen its fair share of action lately, from a New Year’s Eve deployment to Iraq, to the evacuation of Kabul, to a rapid deployment to Eastern Europe on the eve of the Russian invasion of Ukraine.

But how about an even faster quick reaction force, launched on rockets to secure an embassy in just an hour or so?

That’s one far-fetched proposal that the United States Transportation Command is studying, according to documents obtained by The Intercept through the Freedom of Information Act. It’s part of the Defense Department’s partnership with SpaceX, the private space exploration company.

According to the documents, soldiers strapped into a rocket would provide “a rapid theater direct delivery capability from the U.S. to an African bare base,” that “would prove extremely important in supporting the Department of State’s mission in Africa.”

The report also notes that “the ability to demonstrate [point to point] space transportation could deter non-state actors from aggressive acts toward the United States.”

In other words, rocket-launched commandos slipping the surly bonds of Earth and being sent around the world in hours to secure a target.

The embassy scenario and the African setting immediately bring to mind the 2012 attacks on two government facilities in Benghazi, Libya that resulted in the deaths of two Central Intelligence Agency contractors and two State Department officials, including Ambassador Christopher Stevens.

The report also details two other case studies for the use of rockets, including ​​”an alternative method for logistics delivery” to the Pacific and the employment of a “deployable air base system including shelters, vehicles, construction equipment and other gear that can be prepositioned around the globe and moved to any place the USAF needs to stand-up air operations.”

If the idea of launching special operations forces around the globe on rockets sounds a little, well, space age, that’s because it is.

“My two cents are that it’s unlikely that they would be able to evacuate anyone quickly via rocket,” Kaitlyn Johnson, deputy director of the Center for Strategic and International Studies’ Aerospace Security Project told The Intercept. “If it’s in a city, it’s not like they can land [a] Starship next to the embassy.”

The report also notes that ​​”additional details on cost per launch, range of permissible weather conditions for Quick Reaction Force utilization, and ability to redeploy a [point to point] space transportation vehicle were not studied.”

The report also details the myriad of logistical problems that would encumber such a scenario, as well as the potential violations of laws and treaties governing activities in space.

It also notes, though, that “it remains unclear whether and how vehicles are subject to established aviation laws and to what extent, if any, these laws follow them into space for PTP space transportation.”

So why limit oneself to the realm of the possible? With that attitude, you might not get an electromagnetic railgun or artillery with a range of 1,000 miles. “Think about moving 80 short tons, the equivalent of a C-17 payload, anywhere on the globe in less than an hour,” Army Gen. Stephen Lyons, the head of Transportation Command, said in 2020.

In the meantime, any aspiring Space Marines out there are going to have to wait a while to ask their lieutenants how many combat drops they’ve got.