"His innovation is simple, it makes sense, the equipment is already on hand, and it will save time and money.” 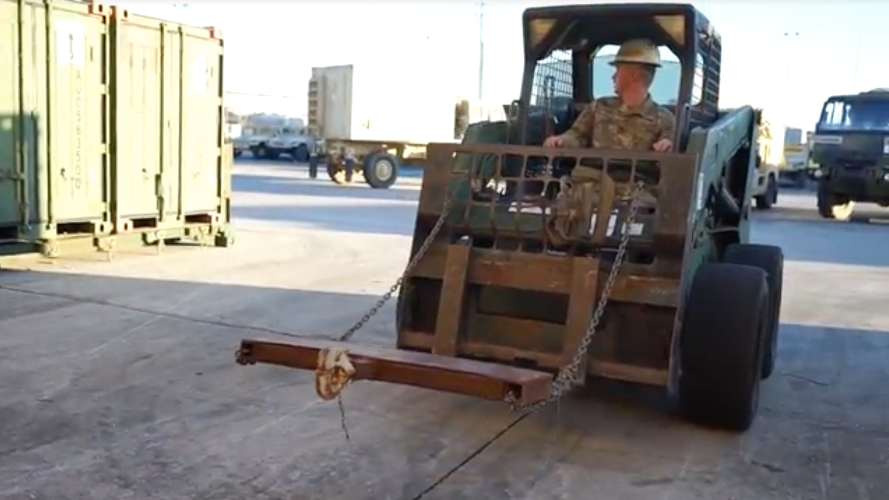 There may be something in the water at the 101st Airborne Division.

Spc. Trevor Cross became the second soldier from the division to win the 18th Airborne Corps’ innovation challenge on Thursday after presenting an idea for a trailer attachment that would save the Army “time and money” at the motor pool, according to officials.

Cross, a tactical power generation specialist with Bravo Company, 626th Brigade Support Battalion, 3rd Brigade Combat Team, said his idea is something “that maintainers in the Army use to move around trailer-based generators or Humvee trailers.”

“I don’t have a shadow of a doubt in my mind that this should be something the whole Army uses,” he said. “And if that does happen, they’re going to not understand how they went about their days without it.”

Cross added that the idea really belonged to his entire company, which has already been using the attachment he proposed.

Cross learned that he won the competition in a phone call with Lt. Gen. Michael “Erik” Kurilla, the corps commander, who he said was “more intimidating than when I pitched the idea.”

“I obviously have never won the lottery, but I imagine it’s a similar feeling, finding out from a three-star general that I just won,” he said. “It was a pretty good feeling.”

Cross said he hasn’t decided yet which Army school he’ll go to — one of the perks of winning the competition — but he has “a few in mind.”

Other ideas presented before the panel included a “thin, touch-activated pad … that captures vitals and maintains medical histories” of soldiers in a deployed unit, which combat medics would wear on their forearm; a “protector plate for a multimillion-dollar refrigeration system;” and a mobile app for soldiers, veterans, and family members to upload photos “for purposes of historical documentation.”

Another idea focused on helping more soldiers become licensed clinical social workers presented by Capt. Lisa Bailey of the 10th Mountain Division is also being implemented by the corps.

After Bailey presented her idea to the panel, she logged out of the conference call, which Task & Purpose was listening to, and one of the panelists commented that it’s “amazing to me that we are that bureaucratic in our process.”

“We have met the enemy and it is us,” another panelist responded.

Ultimately, the goal of the innovation challenge is to identify challenges that soldiers in the corps face that senior leadership may not be aware of — and then give them the opportunity to fix it.

“For us, this program is about finding that needle in a haystack,” Kurilla said in a statement. “We know that ideas that can improve the entire Corps are out there. We need to pull them free and then raise them up.”

Earlier this month, Maj. Evan Adams from the 101st was declared the winner in the first round of the competition for an app that would help better manage range time.

Related: A Fort Campbell soldier came up with an award-winning fix to scheduling training in a ‘Shark Tank’-style competition