Soldiers in this Army unit can earn points towards time off. And it was all an E-4’s idea

The hero we deserve — a specialist. 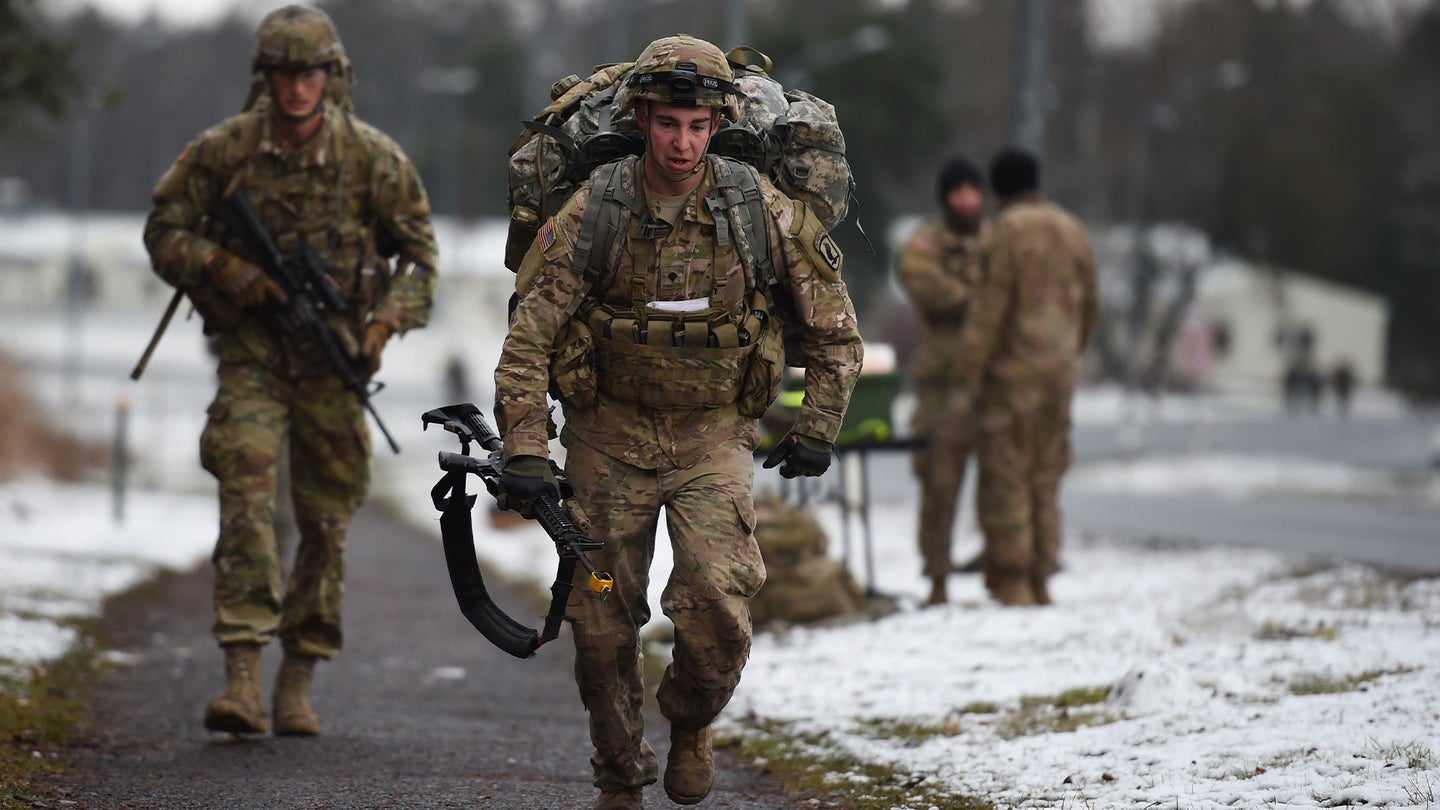 One thing a soldier loves unabashedly is time off. Whether that’s spent in a long, lost weekend in the barracks or roaming the countryside, getting a few days of leave is a welcome reprieve.

And at least one Army brigade has come up with a simple system: Work hard and you’ll get a three or four-day weekend pass. Sounds good enough.

The policy, implemented by the 173rd Airborne Brigade this month, seems fairly straightforward, according to a memo from the brigrade’s commander, Col. Michael F. Kloepper.

“We want our Troopers to have good life habits, make the most of their time off, and invest in their teams. The policy establishes a ‘points system’ for Troopers to earn pass privileges. 75 points for a 3-day, 100 points for a 4-day,” reads the Aug. 1 memo.

The points system ranges from something like volunteering in the community, which will earn you 10 points, to winning Soldier of the Month or attending Ranger School or Expert Infantry Badge training, which awards 50 or even 100 points, respectively.

“Sky Soldiers like time off. We like Sky Soldiers to pursue excellence. So we mashed those two ideas together,” said Kloepper.

The whole list of things soldiers can do to earn points can be seen here:

There are also rewards for completing physical challenges, like the ACFT, winning a best squad competition, or earning the Norwegian Foot March badge, which involves an 18.6-mile ruck march carrying a 25-pound pack.

The program also rewards taking in the local sights. Visit a World War I or World War II battlefield? Another 10 points towards a weekend pass.

Rewarding soldiers with additional time off for accomplishing various tasks was apparently the idea of a soldier in the brigade, Spc. Harrison Turney.

“I came back from traveling and saw a lot of soldiers just hanging around the barracks on a four-day weekend and that didn’t sit right with me,” Turney said. “I hit up the brigade commander and bounced a few ideas off of him to get soldiers out of the barracks and enjoy their three years here.”

Incentivizing soldiers with some well-deserved time off is probably a smart move, considering the manpower challenges facing the Army. The service is currently struggling with an enlistment shortage, but it is also hard pressed to keep re-enlisting people as well. That may mean more time off and higher re-enlistment bonuses.

But a program that incentivizes soldiers to get better at their craft with something as important as a long weekend pass? That seems like a pretty good first step.

The Army being the Army, there will always be detractors, but the reaction seems overwhelmingly positive. Be a better soldier, and you’ll get a weekend in Europe? What better incentive could you want?

“Leadership is a 24/7 thing. It’s not a texting thing. It’s not an email thing. It’s an all the time thing. It’s engaged. Its active. It’s proactive,” said Kloepper. “Leaders who know what their paratroopers do on weekends are probably just as engaged in all of the other ways too; so when the moment comes, they’ll be ready to inspire the men and women in the right way”